Confusion over a new boundary analysis for Montgomery County Schools brought a number of parents to a school board meeting on Thursday.

ROCKVILLE, Md. (FOX 5 DC) - There is so much confusion over a boundary analysis commissioned by the Montgomery County Board of Education that the superintendent attempted to set the record straight on Thursday.

At a meeting of the board to hear from consultants working on the project, Montgomery County Public Schools superintendent Dr. Jack Smith said, “I was at a meeting Monday morning when a person said, 'Well, what are you going to do about the fact that you’re moving students from Churchill to Silver Spring?' I’ve had that question hundreds of times. No one on this board, on this staff or in this school system has said anything like that. So, that obviously was created somewhere else.”

Smith and members of the board questioned the consultants conducting the study asking how will the study be analyzing diversity? How does school diversity impact school performance and will the date and models that the consultants used be mace available to the public? The answer to the last question is yes with some student privacy information kept private.

The Board of Education launched the study to help "Montgomery County Public Schools better understand the impact existing boundaries have on school overcrowding, student diversity and proximity to school with the final report due in June." 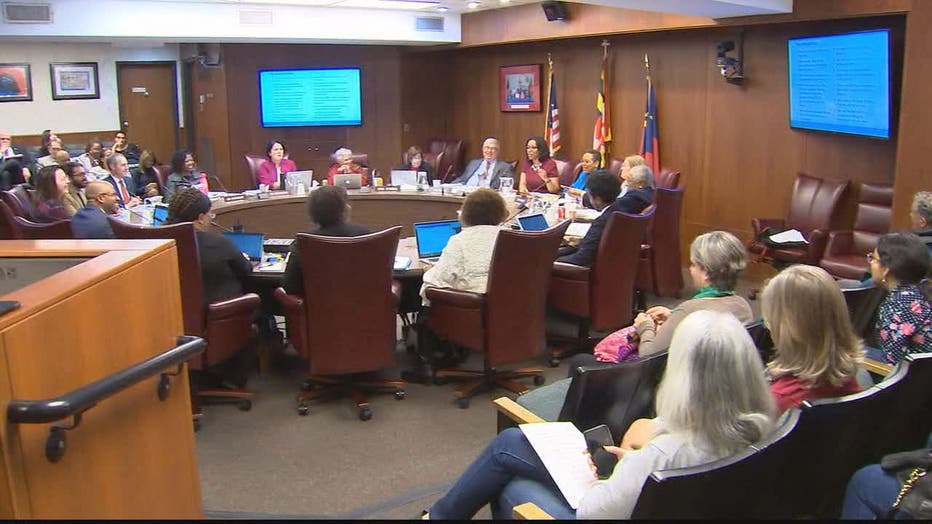 Rapid population growth in the county has some schools overcapacity.

After the meeting concluded, Eara Goncalves, who has two children in the school system said, "I guess there was this idea that the consultant group and the board were in cahoots with each other and it seems as though they are two separate entities and one doesn't recommend to the other and I'm feeling more confident and comfortable about that."

Stephen Austin, who founded the Facebook page Neighbors for Local Schools said, "Right now, there is a lot of fear and confusion and I think a lot of that is a lack of information and lack of engagement with the community."

The school board has already held three meetings to inform the public with several more planned.

Click here for more information on the MCPS Boundary Analysis