WESTFIELD, Ind. - An Indiana woman who suffered a terrifying firework injury is speaking out in hopes to promote safety ahead of the holiday weekend.

Kristi Anema was celebrating Labor Day with family at her home in Westfield, when she was handed a pre-loaded mortar firework. She said her son asked her if shooting the firework was a good idea and she told him it would be OK.

The firework then malfunctioned and instead of shooting out of the mortar, it blew up in her hand. 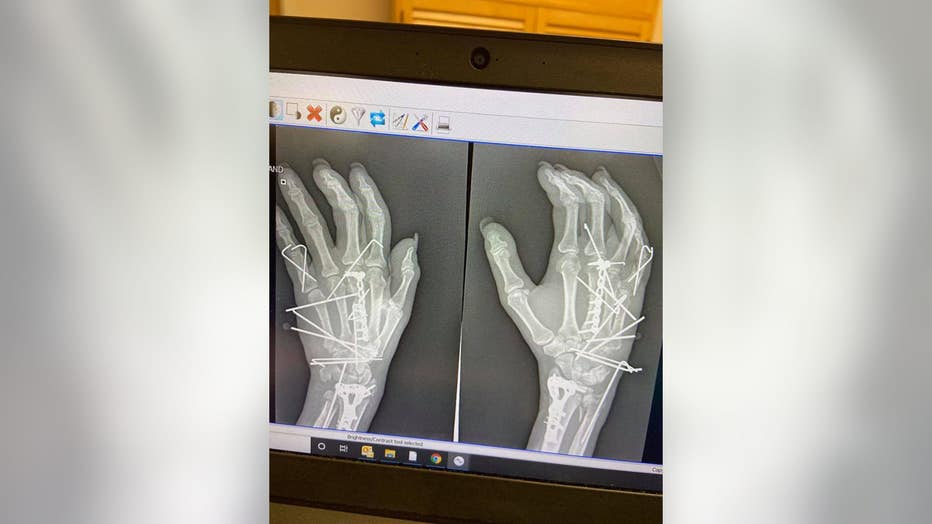 "I actually remember quite a bit," Kristi Anema said while speaking with Fox News. (Kristi Anema)

"I actually remember quite a bit," Anema said while speaking with FOX News. "My hand blew basically in half. All I saw was my wrist bone and I knew something was wrong."

Anema's family called 911 and she was rushed to the hospital. She said the injury was so bad that doctors spoke with her husband and considered amputation. Fortunately, they were able to save the hand, along with all of the fingers.

"Most people don’t realize how severe the injury really is until they see the pics," Anema said, adding that she wants to spread awareness by sharing her story.

"I know this was a dumb decision, the dumbest decision I’ve ever made," she said. "It was stupid and I can’t change it. I want people to know how much your life can change in the blink of a moment. My injury could have been prevented." 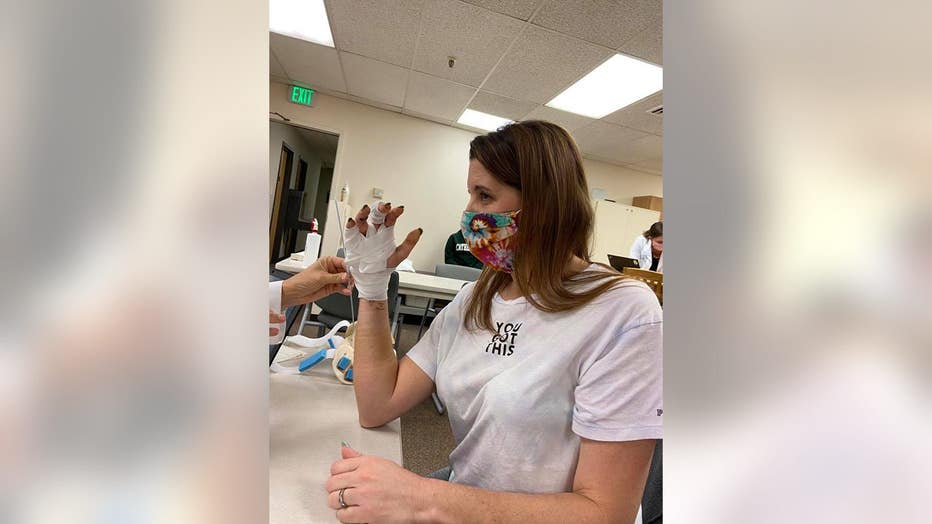 "I know this was a dumb decision, the dumbest decision I’ve ever made," Kristi Anema said. (Kristi Anema)

In 2020, fireworks were involved with an estimated 15,600 injuries treated in U.S. hospital emergency departments, according to a report published June 2021 by the U.S. Consumer Product Safety Commission (CPSC).

The National Safety Council, a nonprofit safety advocate, writes on its website that while people may still choose to use legal fireworks, it's best to "leave fireworks to the experts."

"Leave the big powerful fireworks to the professionals," she warned. "They’re essentially bombs. I never thought this could happen. I’ve played with fireworks since childhood. I was too relaxed because I grew up with them."

She also urged parents to be careful. "We don’t realize how much children are watching and learning."

Anema said that since the accident, about 70% of use of her hand has returned. She credits the "wonderful" team of doctors she’s worked with for helping her to recovery. 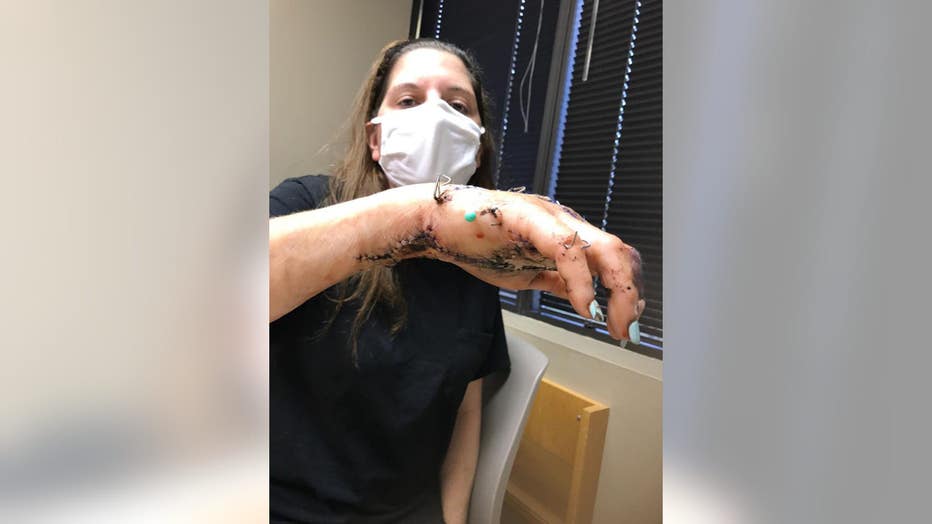 While she said the Fourth of July was "a hard day" due to her PTSD surrounding fireworks, she has been able to return to some of her favorite activities.

Thanks to a special device one of her doctors worked up, Anema was able to go fishing in June. While she was worried that her injury may have slowed her down, she said she out-fished the rest of the group.

On its website, the CPSC offers firework safety tips to follow if you choose to light them off.

-Never allow young children to play with or ignite fireworks.

-Make sure fireworks are legal in your area before you buy or use them.

-Keep a bucket of water or a garden hose handy in case of fire or other mishap.

-Never use fireworks while impaired by alcohol or drugs.

-Never point or throw fireworks at another person.

-Never try to re-light or pick up fireworks that have not ignited fully.