Mike Bloomberg is not dropping out of the primary race, even as his former rivals end their campaigns and consolidate around Joe Biden.

MANASSAS, Va. (AP) - Mike Bloomberg is not dropping out of the primary race, even as his former rivals end their campaigns and consolidate around Joe Biden.

Speaking at a canvass kickoff in Manassas, Virginia, the former New York mayor told the crowd in reference to his past mayoral elections, “I’ve won three elections so far. I don’t plan to start losing now!”

The billionaire will be on the ballot for the first time on Tuesday, when he’s competing for delegates in the 14 states and a U.S. territory that vote in the Super Tuesday primary. He has poured more than a half-billion dollars into the Super Tuesday states. 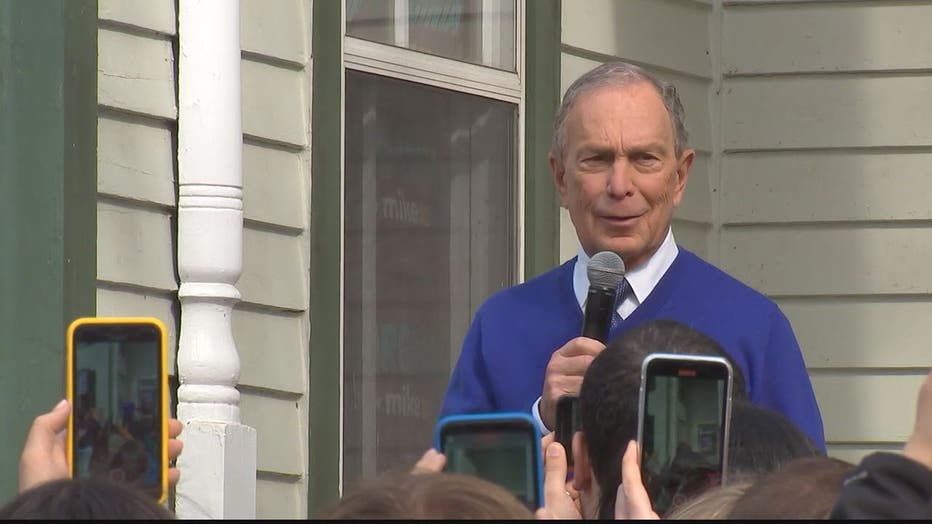 He told the crowd that he had spoken to Pete Buttigieg and Amy Klobuchar, both of whom exited the race within the last 24 hours. He said that he “wished them all the best” and that both of them “behaved themselves” and “represented their country and their states very well.”

The businessman spent Monday largely in Virginia, which votes Tuesday, but is already looking past this Tuesday’s primaries to next week. He plans to campaign in Florida, which votes March 17.