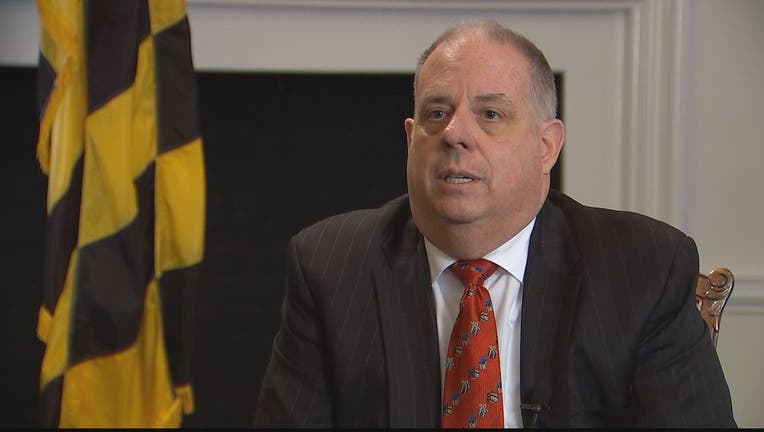 ANNAPOLIS, Md. - The office for Maryland Gov. Larry Hogan has confirmed to FOX 5 that he will attend the inauguration of President-elect Donald Trump.

"Governor Hogan has been invited to the Inauguration, and he and the First Lady look forward to attending.

"As Governor Hogan has repeatedly said following the election, he is committed to working with the incoming Trump administration just as he has successfully worked with the Obama administration to promote what is in Maryland's best interest. The governor believes there are many areas where Maryland can work closely with the new administration, including economic development and transportation infrastructure, and he looks forward to having an open dialogue with the President-elect and his team."

Leading up to the presidential election, the Republican governor publicly said he would not support Trump during his campaign. Hogan would write in his father, Lawrence Hogan, a former Maryland congressman and Prince George's County Executive, for president.

While Hogan did not endorse Trump, he told FOX 5's Ronica Cleary that he wants the president-elect to be successful when he takes office.

"I'm hopeful," Hogan said. "Just because I don't agree with everything, doesn't mean I don't want the president to succeed."