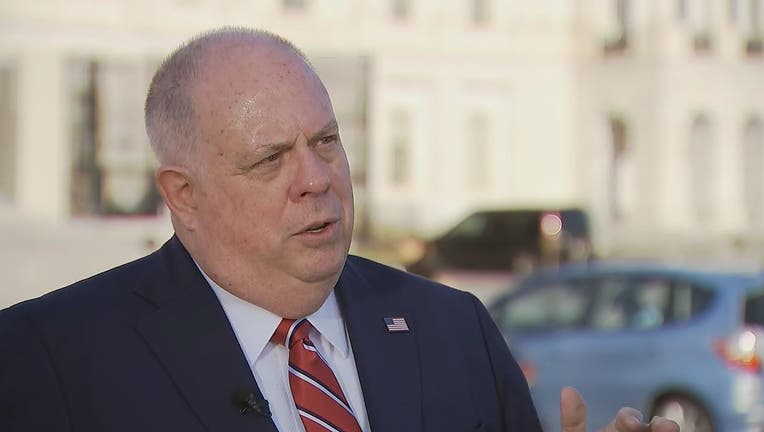 Maryland Gov. Larry Hogan continued on Sunday to be the most vocal Republican to criticize President Trump’s handling of the coronavirus pandemic – calling the president’s claims that testing capacity for the contagion is at sufficient levels to reopen parts of the country "absolutely false" and saying it is not helpful to encourage people to protest against their state’s lockdown orders.

Speaking on CNN’s “State of the Union,” Hogan said that the shortage of testing kits for COVID-19 remains the biggest problem in battling the virus and that despite increasing testing by 5,000 percent in Maryland last month, he is still far from feeling comfortable enough to reopen businesses in the state.

"To try to push this off and say the governors have plenty of testing and they should just get to work on testing, that somehow we aren’t doing our job, is just absolutely false," Hogan, who is also chairman of the National Governors Association, said. "Every governor in America has been pushing and fighting and clawing to get more tests, not only from the federal government, but from every private lab in America, and from all across the world.”

Hogan’s comments come days after Trump touted that testing was at sufficient levels to allow states to begin the first phase of reopening once they saw a consistent decline in cases for two weeks. Trump has also accused those who don’t support his timeline of trying to “politicize the issue.”

Hogan was also critical of President Trump’s recent tweet in support of protesters in Michigan upset at Gov. Gretchen Whitmer’s expanded stay-at-home order. Following a protest in which thousands of cars and trucks descended on the state capital of Lansing, Trump tweeted “LIBERATE MICHIGAN!”

“I don't think it’s helpful to encourage demonstrations, and encourage people to go against the president’s own policy,” Hogan said in reference to the White House’s “Opening Up America Again” plan, which calls for a staggered opening of states depending if they meet the criteria for infections and hospitalizations.

Protests have occurred in a number of states over the last few weeks and more are scheduled to take place in Missouri, New Hampshire, New York, Pennsylvania, Maryland and Wisconsin.

Hogan said that Trump’s encouragement of the Michigan protesters “doesn’t make sense” given the guidelines he introduced last week.

“So then to encourage people to go protest the plans that you just made recommendations on, on Thursday, it just doesn't make any sense. We're sending completely conflicting messages out to the governors and to the people as if we should ignore federal policy and federal recommendations,” Hogan said.