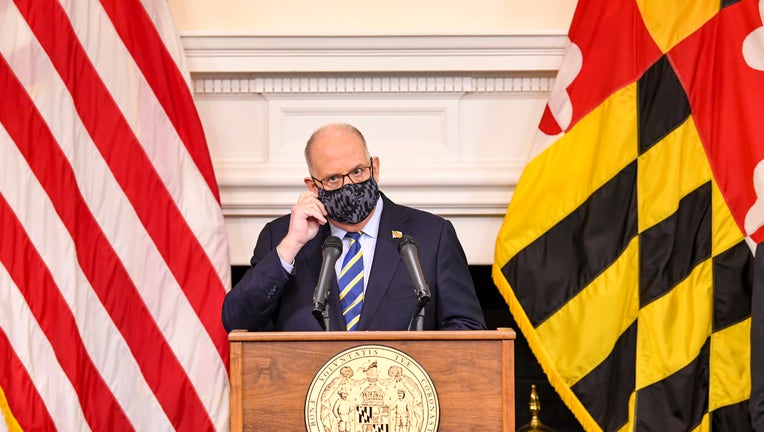 Maryland Gov. Larry Hogan has called for an investigation into a Baltimore High School after a local investigation found scores of students at the school are failing.

A senior at Augusta Fells Savage (AFS) Institute of Visual Arts failed all but three classes over four years and still graduated at the top half of his class with a 0.13 GPA, according to a Fox 45 Baltimore report published earlier this week.

"This is something I’m going to ask the inspector general to immediately look into. They have to get to the bottom of this and find out who’s responsible," Hogan told the outlet on Thursday.

He added that the report was "far worse than anything" he has "heard in the whole time" he has been governor.

RELATED: Baltimore-area student passed only 3 classes in 4 years, ranked near top half of class

Tiffany France, the mother of the failing student, thought her son would be receiving his diploma in June but was surprised to discover that he is being sent back to the ninth grade to start over.

"He's stressed, and I am, too. I told him I'm probably going to start crying," France told Fox 45.

Her son failed 22 classes and was late or absent 272 days over his first three years of high school. Only one teacher requested a parent-teacher conference, but France said that didn't happen. Despite this, her son still ranked 62nd in his class out of 120 total students.

"The fact that this particular school in the Baltimore City School system is failing that many kids is just outrageous," Hogan later told the outlet.

A Baltimore City Schools investigation into Augusta Fells is ongoing, according to a March 4 statement posted to the City Schools website and E. Darrell Hope, director of internal audits for the school district.

During the summer of 2019, an investigation into the school was "pending," according to the statement.

In the spring of 2020, auditors began to review individual Augusta Fells student transcripts "starting with seniors."

"Families received a personalized communication -- mailed letters and phone calls -- with an update on their progress toward graduation," the statement says. "The letters were sent before summer school so that students could enroll in summer school if necessary. If we identified a concern, we offered parent conferences to discuss a timeline and plan for graduation."

Another March 2 statement says Augusta Fells students had received letters in the mail informing them of their academic status over the summer and that parents receive automated voice messages when students miss class. The district also said it conducts home visits to check in on students, but France said no one checked in on her son.

Others are calling for the school to shut down entirely.

Hosts of the Bryan Nehman Show on WBAL Radio, Clarence "C4" Mitchell IV and Bryan Nehman, said on their show Thursday that they spoke to Baltimore Mayor Brandon Scott about the Fox 45 story.

The mayor expressed the need for more city funding but later said that more money won't necessarily solve the whole issue, according to Mitchell.

The total budget for Baltimore City Schools is $1.2 billion, 70% of which comes from taxpayer funds, according to Fox 45. Of the top 100 largest school districts in the U.S., Baltimore City gets the fifth most funding per pupil, a 2020 U.S. Census report shows.

Augusta Fells gets $5.3 million from taxpayers each year, Fox 45 reported.

"The investigation...is ongoing," Mitchell said. "What? That's summer of 2019. They're still investigating this? ... You couldn't have discovered between summer of 2019 and the beginning of school 2020 what the heck happened and deal with it?"

The two radio hosts questioned how the money going to Baltimore public schools is being spent.

Some concerned residents on the "Baltimore City Votes" Facebook discussion group blamed the fact that scores of students are failing at a number of Baltimore public schools are failing is due to systemic racism, saying Baltimore has been set up for failure since the outset of the 20th century and now needs more funding than other large cities to succeed.

Dr. Kaye Wise-Whitehead, associate professor at Loyola University Maryland, recently explained how systemic racism and White supremacy in Maryland and Baltimore is impacting schools and students today in an interview Friday with Fox 45.

"When the system itself starts you behind, it takes a lot more money to get you up and moving," she said. "When you look at the state of Baltimore City schools -- how they have been systematically underfunded -- you can pump money in, [but] it's going to take a while to get HVACs up, to get air going, to get quality going, to get the schools themselves in a place where they can sustain brightness, the energy and the brilliance of our children that are coming in."

Wise-Whitehead later named Hogan as part of the problem, telling Fox 45 that unlike the governor, "city leaders have been trying to turn this around," and that it's short-sided to blame it on "one issue" and say "let's pump more money" into schools.