A doctor at one of the state’s largest hospitals is sounding an alarm, comparing the current spike in cases in the county to the first known outbreak in Wuhan, China.

WASHINGTON - After being photographed wearing a face mask only once before amid the coronavirus pandemic that has killed more than 140,000 Americans, President Donald Trump finally promoted the preventative measure on Monday.

“We are United in our effort to defeat the Invisible China Virus, and many people say that it is Patriotic to wear a face mask when you can’t socially distance.” Trump wrote on Twitter. “There is nobody more Patriotic than me, your favorite President!”

Trump’s message was accompanied by a black and white image of him wearing a face covering. 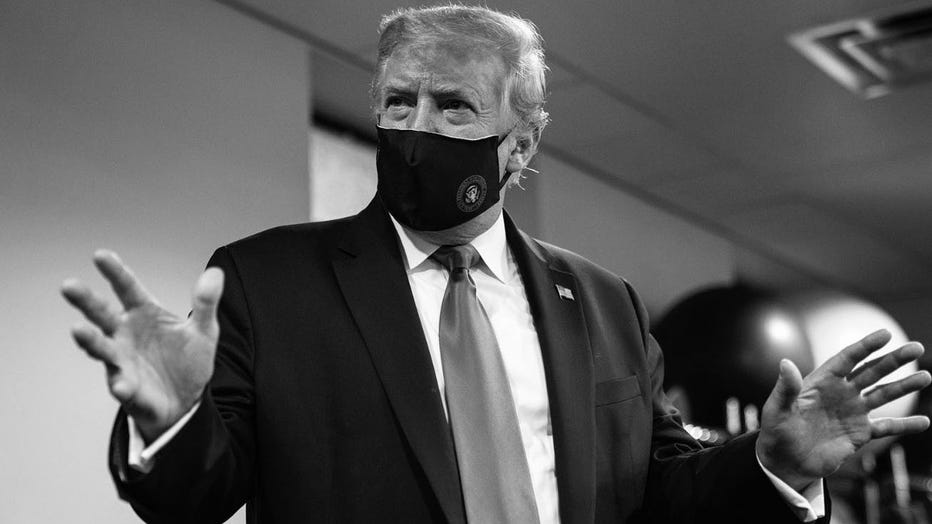 The U.S. leads the world with more than 3.7 million confirmed cases and 140,500 deaths, according to data compiled by Johns Hopkins University. The country saw more than 70,000 new coronavirus cases in a single day on multiple occasions last week.

As states across the country have experienced a record-breaking surge in cases, masks have been embraced by political leaders on both sides of the aisle and mandated by many major retailers as an essential tool to help slow the spread of the virus. But despite overwhelming scientific evidence showing the need for widespread mask usage, the president has been slow to adopt the measure himself.

He refused to wear a mask publicly for months, even once suggesting that a news reporter was being “politically correct” for wearing one. Trump finally donned a facial covering publically on July 11 during a visit to a military hospital.

In a FOX News interview that aired Sunday, Trump pointed to other senior health officials, including Dr. Anthony Fauci and U.S. Surgeon General Jerome Adams, who were slow to endorse mask-wearing.

Fauci, the nation’s top infectious disease expert, acknowledged in June that health officials wrongly advised the public in the beginning of the pandemic about mask-wearing due to concerns about a shortage of personal protective equipment among medical workers.

In the interview, Trump added that he is “a believer in masks” but stopped short of saying he would mandate them nationwide.

The shift in messaging about masks also comes in the lead-up to the 2020 presidential election, with Trump lagging behind Democrat Joe Biden in recent polls.

But the president contends that the series of polls that show his popularity eroding and Biden holding an advantage are faulty, saying Republican voters are underrepresented in such surveys.

“First of all, I’m not losing, because those are fake polls,” Trump said in FOX News interview. “They were fake in 2016, and now they’re even more fake. The polls were much worse in 2016.”