MANASSAS, Va. - Friday night lights are going to look a lot different for one local high school in northern Virginia.

FOX 5 has learned that some athletes will go to a different high school nearby to play the sport they love, whereas others plan to try something new.

"I’m thinking about joining the basketball team because obviously we’re not going to have a football team and that’s sad even though I’m really passionate about the sport," said Brandon Gonzalez, a former MPHS football player. "That’s the sport I care about most, but I much rather play football, but I have to deal with the decisions that I have."

During the football practices that started July 28, there was an average of only 11 players showing up each week. Manassas Park High School has about 1,100 students. 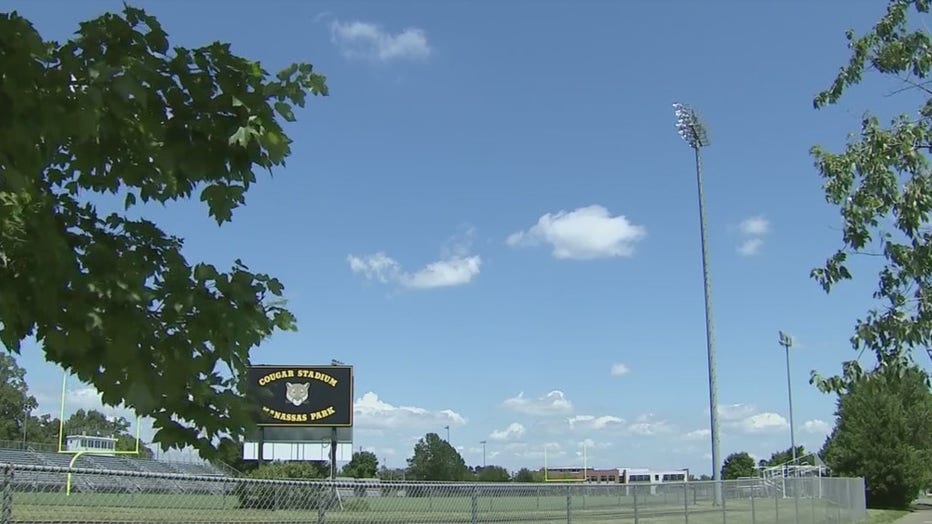 Football players who spoke with FOX 5 say they tried to recruit their classmates after they were warned that if the numbers didn't increase the football season would be canceled.

Last Friday, Aug. 5, school officials made the decision to scrap the upcoming season. Parents with teenagers who previously played on the football team say it's sad and frustrating because the entire community looks forward to cheering on the Cougars in the stands.

"He’s been looking forward to it and when he found out the news, it was just heartbreaking for him," she said.

The team's head coach, adding insult to injury, resigned over the weekend, and the reason why remains unknown.

The school district is now looking for someone with experience dealing with programs that struggle with fielding players.

Manassas Park City Schools said they were not able to provide an on-camera interview regarding this subject in time for our FOX 5 newscasts, but did send reporter Sierra Fox the following statement:

"MPCS is committed to both the safety of our players, and to giving our students the best opportunities possible. Our athletic department will continue to offer different opportunities for our players to train this year. We are committed to hiring a new head coach who will work with our schools to build back a competitive team for the 2023-2024 school year. All other activities including marching band and cheerleading will continue this year."