Fox 5's Perris Jones reports about the psychological impact on witnesses of violence, after a man was shot dead while a holding baby and another child in northeast D.C.

WASHINGTON (FOX 5 DC) - A Northeast man was shot and killed Friday in D.C. while holding a baby and the hand of another child, police say. 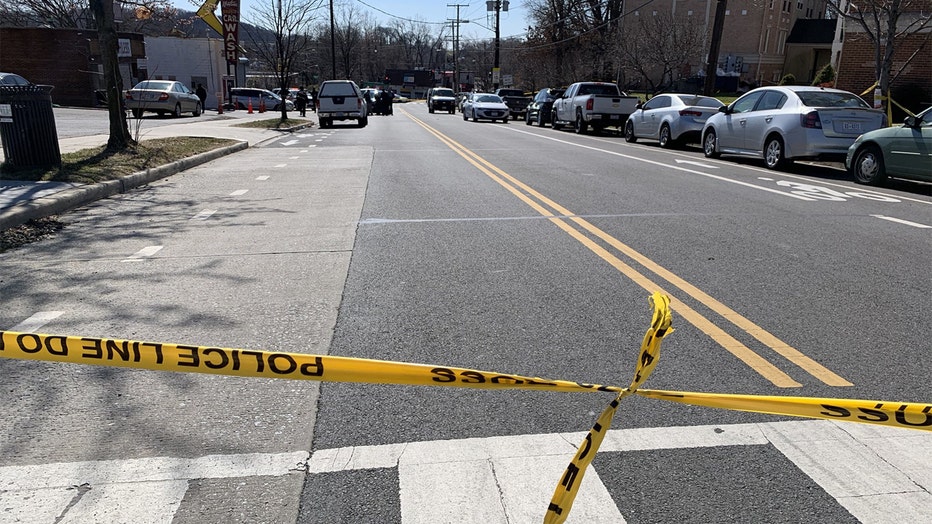 The Metropolitan Police Department is calling this one of "the most disturbing crimes" they've seen in Ward 5 within the last couple of years. Police say the man, who has been identified as 42-year-old Sedrick Miller, was shot early Friday morning in the 2300 block of 18th Street in northeast. He was walking with a 5-year-old and holding another child in a car seat.

Man shot and killed while walking with kids in Northeast DC

Metropolitan Police are calling this one of the "most disturbing crimes" they've seen in Ward 5 in the last couple of years. A man was shot and killed while holding hands with a five-year-old. Police say he was holding an infant in a car seat in his other hand.

Physically, the children weren’t harmed and police say they’re safe with their mother. But authorities and people in the neighborhood say they can’t imagine the mental trauma of something like this.

Fox 5's Perris Jones spoke to clinical psychologist Brandon Williams to find out how witnessing this type of violence can impact such young children. He says kids can develop post-traumatic stress disorder (PTSD) that can develop into other issues. He also says witnessing this type of violence can lead kids to become numb, which then can turn to anger.

"Depression can definitely result from that anxiety also anger issues and then kind of conversely being desensitized to violence," said Williams.

He believes one way to help deal with that trauma is for witnesses to say something about what they've seen.

"I know there’s a stop snitching culture out there but we need to just throw that out, we need to get these people off the street because they’re going to keep doing it especially if they get away with it." said Williams. "That’s one way to stop having to deal with it, is to get those people off the streets and then to get help for yourself, just because you didn’t experience the crime doesn’t mean you weren’t affected by it."

READ MORE: New study offers insight into who is responsible for gun violence in DC

"We are in a space now that there is no regard, no respect for life. Even to the point of shooting someone in front of two children, who could be damaged for the rest of their lives as a result of this. Which is why we’ve got to do something for the next generation," said Lauraline Gregory, a mother who lives in the neighborhood. "It’s got to get better."

The suspect was last seen wearing a gray sweatsuit and a black mask. Officials believe the incident may have been captured on camera by a couple of houses with surveillance cameras pointed in the direction of where the shooting occurred.

The Metropolitan Police Department is asking anyone with information on Friday's shooting to give them a call.