WOODBRIDGE, Va. - A man is facing charges after police say he robbed a bank in Virginia on Wednesday while claiming to be armed with a bomb.

According to Prince William County Police, officers responded to the Wells Fargo Bank located 12711 Marblestone Drive in Woodbridge around 4:34 p.m. on Wednesday.

Officers arrived at the scene as a robbery was happening at the bank. Police said the officers noticed a suspect exit the bank and run towards Prince William Parkway.

According to investigators, the suspect approached a teller at the bank, presented a note implying he was armed with a bomb, then took an undisclosed amount of money and ran out of the bank.

Police said the suspect then tried pulling on several door handles on cars stopped at a traffic light at the intersection of Prince William Parkway and Ridgefield Road.

Police eventually took the suspect into custody along the roadway.

The suspect was identified as Peter Mullins, 41, of Woodbridge. 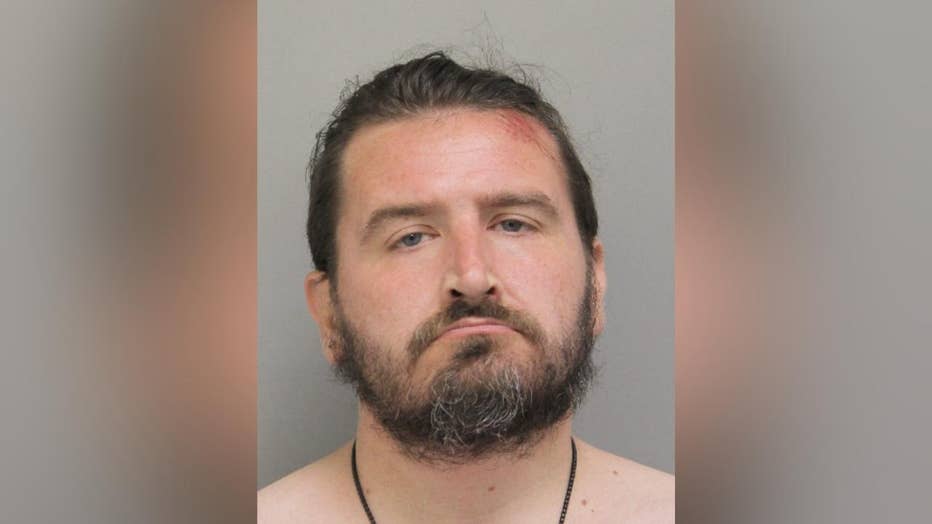 Police recovered the note presented to the teller and the stolen money.

Mullins is charged with robbery and threats to bomb. Police did not disclose his bond status.