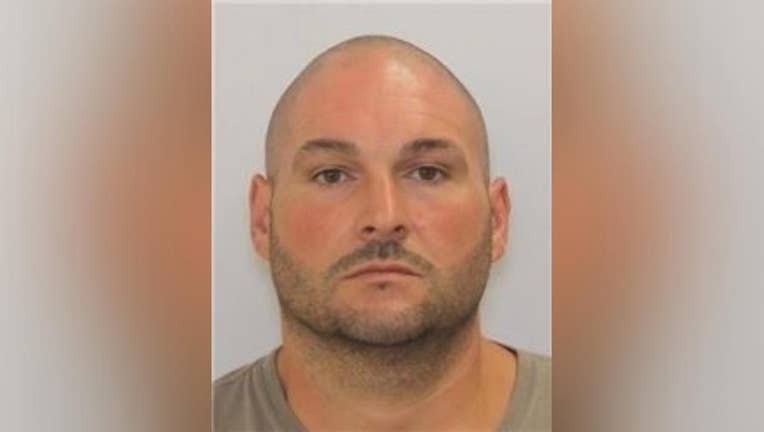 EMMITSBURG, Md. - A man in Frederick County is in police custody after being accused of shooting fireworks at a crowd, hitting someone with their car, and running from police on Saturday morning.

The Frederick County Sheriff's Office said deputies responded to reports of a hit-and-run collision and a possible armed robbery around 1:15 a.m. along Old Frederick Road in Emmitsburg.

Once there, deputies noticed someone in a car in the 15800 block of Old Frederick Road was lighting fireworks and shooting them into a crowd of people and a house at the scene.

Witnesses at the scene reported that the driver had been to the residence several times throughout the evening, and during one encounter at the house, the driver shot a roman candle at a man, striking him in the chest at close range.

The victim then grabbed the roman candle and pushed it away, and as he was, the driver tried to drive away and ran over the victim's foot.

Witnesses also reported that the driver had hit a parked car in the neighborhood. Deputies later found the car, and confirmed it had notable damage.

Deputies at the scene said once they arrived, the driver ignored police commands and began to flee down Old Frederick Road.

After several attempts to stop the car, deputies, along with the help of Maryland State Police, deployed stop sticks and were able to disable the car.

The driver, identified as Aaron Dove, 43, of Emmitsburg, at first resisted arrest forcing deputies to deploy two taser rounds, two bursts of pepper spray, and a sponge round.

Eventually deputies were able to take Dove into custody. Investigators said he was wearing a tactical vest and helmet at the time of his arrest.

He faces 18 related charges including eight counts of second degree assault, four counts of reckless endangerment, and two counts of malicious destruction of property under $1,000. He also is facing traffic citations related to the incident.

Deputies said the victim who was shot with the roman candle was not injured. They did not indicate if anyone else was injured during the incident.