PORT ANGELES, Wash. - A man and two of his dogs were rescued after his sailboat ended up grounded and battered by large waves along Canada's Vancouver Island.

The trio was sailing about 45 miles west of Victoria, British Columbia in the Strait of Juan de Fuca Tuesday night when the boat lost power just west of the Jordan River and was now smashing against the rocks, according to the U.S. Coast Guard.

The U.S. Coast Guard got the call for help and launched a rescue helicopter from their air station just across the water in Port Angeles, Washington. It arrived on the scene around 1 a.m. and hoisted the man and one of his dogs to safety, bringing them to awaiting doctors in Victoria to be checked out. 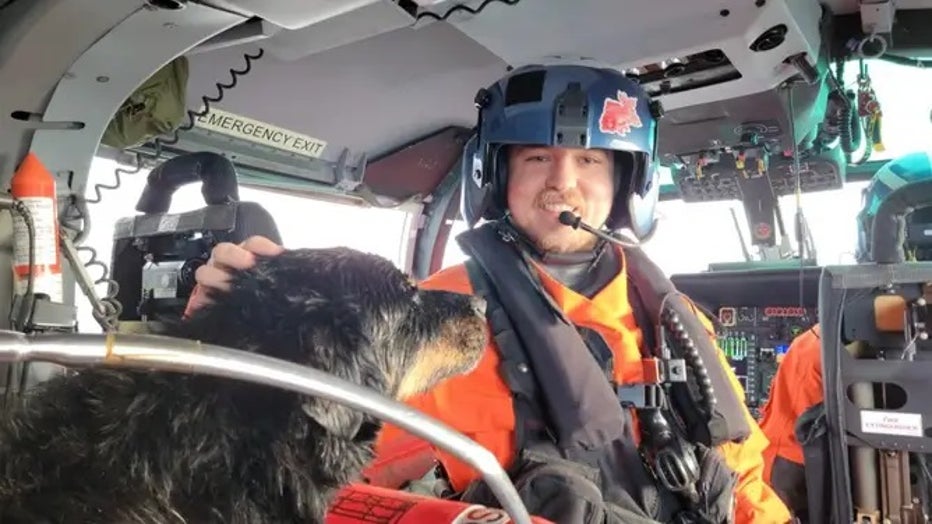 Later that morning, Coast Guard crews returned to the scene to check the area for any pollution issues and instead found a second dog with the wreckage.

A rescue swimmer reached the dog and brought the canine back on board, where it too, was taken to Victoria.

"AET3 Austen Marshall and AST1 Lucas Wengrin did a phenomenal job effecting a challenging rescue in the heavy surf as the sailing vessel smashed against the rocks," Lt. John Schultz, a pilot at Air Station Port Angeles, said in a news release. 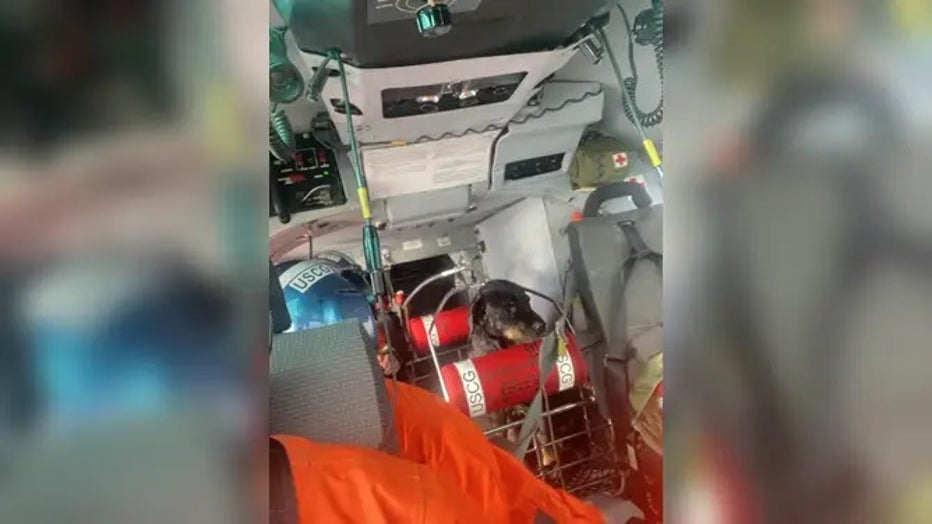 Coast Guard officials didn't state the weather at the rescue site, but according to the FOX Forecast Center, storm warnings were in effect for the central Strait of Juan de Fuca Tuesday evening and night for wind gusts of 40-50 knots.

Get more from FOX Weather