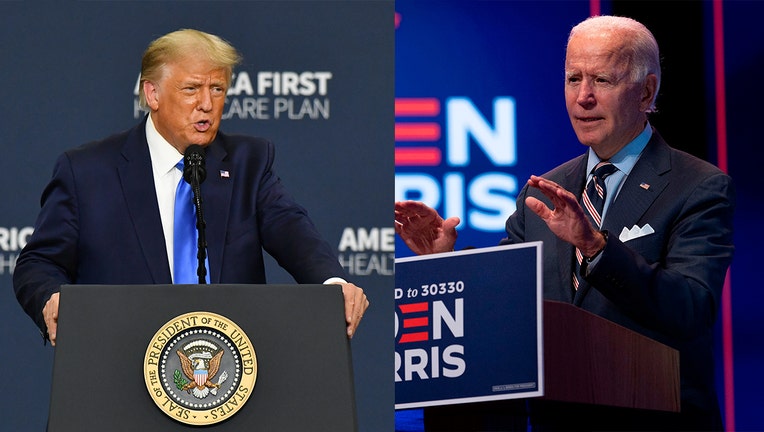 Americans are not in favor, however, of increasing the number of Supreme Court seats to give the next president more influence over the court should the Senate approve President Trump's current nominee before Nov. 3, the poll conducted Sept. 21-24 found.

Of a random selection of 1,008 U.S. adults, 38% say Ginsburg's replacement should be nominated by Trump and confirmed by the current Senate, while 57% said the decision should be left to whoever wins the election.

At the same time, 54% of voters opposed increasing the number of seats on the nine-justice bench, while 32% were in favor of such a move. Twelve percent had no opinion.

Trump is expected to announce his nominee on Saturday. Multiple sources told Fox News on Friday that federal appeals court Judge Amy Coney Barrett will be the nominee.

The nomination will likely fuel what is already a heated political battle between Republicans and Democrats over each party's influence on the high court ahead of the election.

"Already some of the same individuals who tried every conceivable dirty trick to obstruct Justice Gorsuch and Justice Kavanaugh are lining up ... to proclaim the third time will be the charm," Senate Majority Leader Mitch McConnell, R.-Ky., said in a Friday statement.

"The American people are about to witness an astonishing parade of misrepresentations about the past, misstatements about the present and more threats against our institutions from the same people, the same people who already have been saying for months ... they want to pack the court," he added.

Speaking on the Senate floor Monday, Senate Minority Leader Chuck Schumer, D-N.Y., said the stakes of the election and Supreme Court vacancy "concern no less than the future of fundamental rights for the American people."

"All the rights enshrined in our Constitution that are supposed to be protected by the Supreme Court of the United States. All the rights that could be undone or unwound by a conservative majority on the court," he said.