Four years after the deadly mass shooting that left 14 students and three staff members dead, the penalty trial for the shooter begins Monday with opening statements.

The seven-man, five-woman panel, backed up by 10 alternates, will hear from lead prosecutor Mike Satz, who is expected to highlight Cruz’s brutality as he stalked a three-story classroom building, firing his AR-15 semi-automatic rifle down hallways and into classrooms. Cruz sometimes walked back to wounded victims and killed them with a second volley of shots. 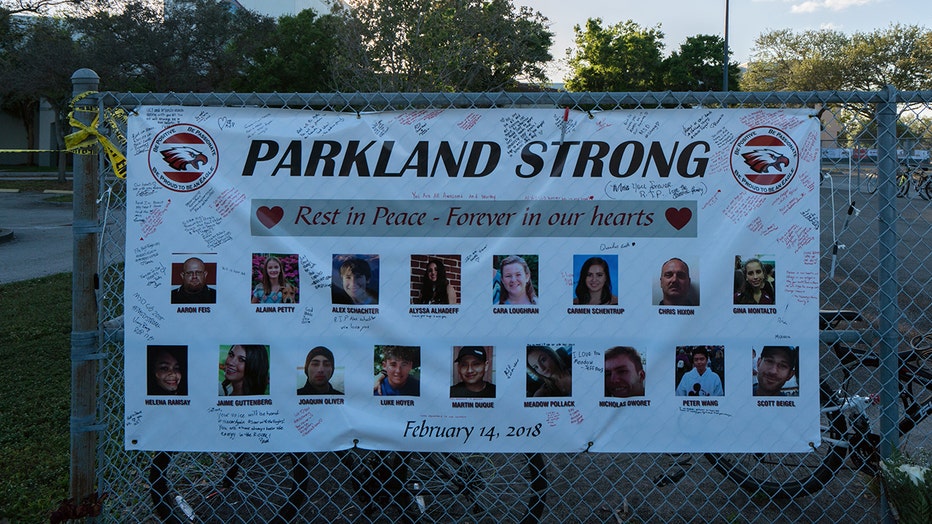 MARJORY STONEMAN DOUGLAS HIGH SCHOOL, PARKLAND, FLORIDA. 02/25/2018 'PARKLAND STRONG' a tribute to those who died on the fence that surrounds the school.

Cruz, 23, pleaded guilty in October to 17 counts of first-degree murder; the only thing he’s contesting is the death penalty sentence that prosecutors are seeking. The jurors can only sentence him to death or life without the possibility of parole for the Feb. 14, 2018, shootings. The trial for the former Stoneman Douglas student, expected to last about four months, was supposed to begin in 2020, but the COVID-19 pandemic and legal fights delayed it.

The defense lawyers won’t say when they will deliver their opening statements: at the start of the trial or when they begin presenting their case weeks from now. The latter strategy would be rare and risky because it would give the prosecution the only say before jurors examine grisly evidence and hear heartrending testimony from shooting survivors and the victims’ parents and spouses.

If lead defender Melisa McNeill gives her statement, she will likely emphasize that Cruz is a young adult with lifelong emotional and psychological problems who allegedly suffered from fetal alcohol syndrome and abuse. The goal would be to temper the jurors’ emotions as they hear the prosecution’s case, making them more open to considering the defense’s arguments later.

The Parkland shooting is the deadliest to reach trial in U.S. history. Nine other gunmen who killed at least 17 people died during or immediately after their shootings, either by suicide or police gunfire. The suspect in the 2019 slaying of 23 people at an El Paso, Texas, Walmart is awaiting trial.

Footage released in March 2018 by the Broward County Sheriff's Office shows a deputy go toward the Marjory Stoneman Douglass High School building while a gunman massacred 17 students and staff members, but then remain outside with his handgun drawn.

After openings, which are limited to 90 minutes each, the prosecutors’ first witness will be called. They have not said who that will be.

When the jury eventually gets the case this fall, it will vote 17 times on the question of whether to recommend the death penalty: once for each of the victims.

Every vote must be unanimous; a non-unanimous vote for any one of the victims means Cruz’s sentence for that person would be life in prison. The jurors are told that to vote for the death penalty, the aggravating circumstances the prosecution has presented for the victim in question must, in their judgment, "outweigh" mitigating factors presented by the defense.

Regardless of the evidence, any juror can vote for life in prison out of mercy. During jury selection, the panelists said under oath that they are capable of voting for either sentence.