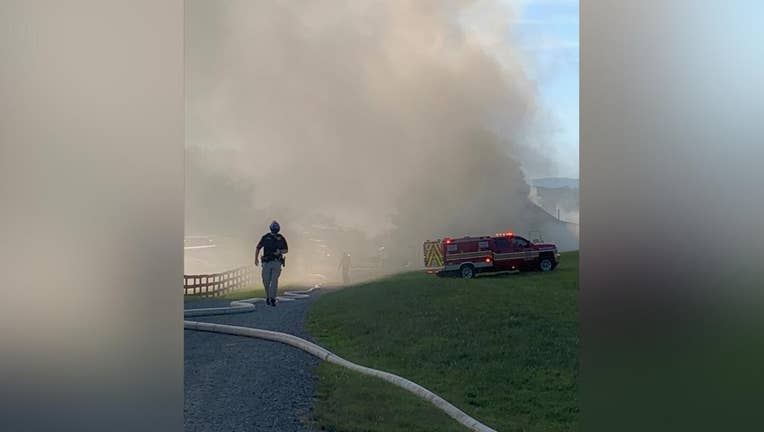 PURCELLVILLE, Va. - A fire that destroyed a large barn in Loudoun County was caused by spontaneous combustion, according to fire officials.

The Loudoun County Fire and Rescue Fire Marshal’s Office (LCFR-FMO) said the fire was reported just before 4:30 p.m. on Tuesday at a barn located behind a house on Lincoln Road in Purcellville.

According to fire officials, crews arrived at the scene and found significant smoke and fire showing from the barn, which was approximately 40 feet by 80 feet big.

The fire was quickly extinguished, and no injuries were reported in the incident.

Officials said the cost of the damages to the barn and its contents are estimated to be $532,000

According to fire investigators, the fire was caused by the spontaneous combustion of mulch and potting soil from a flowerbox.

"Spontaneous combustion can happen when a decomposing, organic material such as mulch generates enough heat to ignite without an outside source," said LCFR-FMO Chief Keith H. Johnson. "Because of this, a large or compacted area of mulch can create sufficient heat to spontaneously combust. Remember, in all cases, mulch fires are more likely to start when the weather is hot, and it has been dry for an extended period."

As a result of the fire, officials shared the following tips with residents and business about how to prevent mulch fires:

Officials warn that fires that start in landscaping mulch or organic planting materials can spread quickly into shrubbery, up exterior walls and into a home or building.