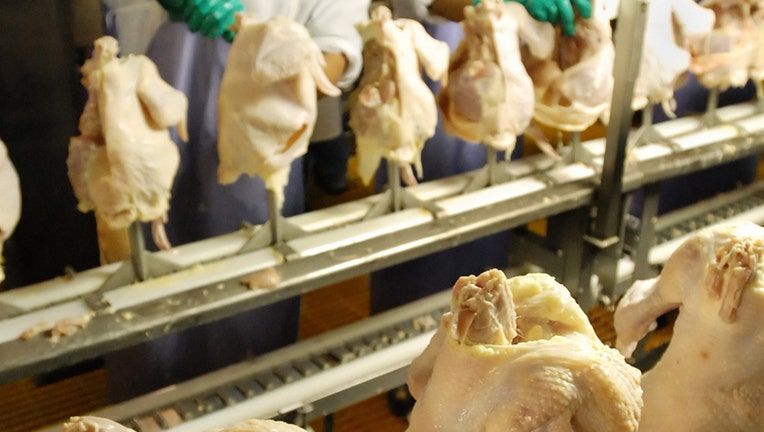 U.S. poultry workers are forced to wear diapers at work and use the bathroom while at their work stations because they aren't given enough bathroom breaks, a new report says.

The report released by Oxfam America Wednesday says the employees urinate and defecate on themselves while handing chicken because they are not allowed enough time to properly use the facilities.

The lack of bathroom breaks can lead to unsanitary work conditions, the report says. It can also cause health problems for workers.