LIKE IT OR NOT: Kevin Hart's plant based restaurant

Kevin Hart is promoting health and hoping to get people to eat plant based foods with his new restaurant. FOX 5's "Like It Or Not" crew says they love the idea!

Comedian Kevin Hart is performing at Capital One Arena this Thursday and Friday. And fans won't be able to bring their cellphones, smartwatches or other devices along to the stop on his mostly sold-out "Reality Check" tour.

When fans arrive to the arena ahead of the 7pm show, they'll be required to lock their connected devices in pouches made by Yondr. They won't have to turn in their devices and can hold onto them throughout the event, but if anyone is caught using one of their devices during the show, security will escort them out - according to Monumental Sports & Entertainment, who owns and operates the arena.

According to Yondr's "how it works" page, fans receive a pouch that locks when it is closed. In order to gain access to their phone, guests will tap the phone on a device as they exit to unlock their devices. The pouch has room to fit smartphones and smartwatches. 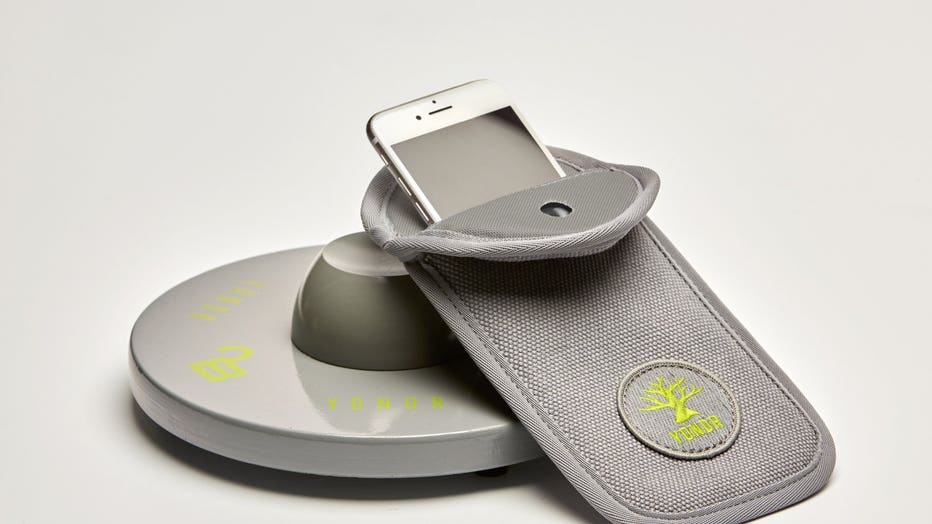 Hart is not the first celebrity to go device-free at an event. Alicia Keys, Dave Chappelle, Chris Rock, and Bob Dylan among others have held device-free events. Also, those attending Kevin Hart's show should also be aware of Capital One Arena's strict no-bag policy - where only small clutches, medical, or parenting bags are allowed.