The latest in the long-running feud between Montgomery County and ICE.

WASHINGTON (FOX 5 DC) - An online campaign is now targeting both Prince George’s County and Montgomery County, calling on the two jurisdictions to transfer multiple suspects arrested for serious crimes before they can potentially be released. ICE is calling on more agencies to work with them – something area lawyers are now suing over.

On Monday, the Washington Lawyers’ Committee announced it filed suit against the Maryland Department of Natural Resources Police (NRP) after an officer detained 31-year-old Jose Villalta of Rockville. Attorneys are accusing the NRP of illegally holding Villalta for more than 100 days for the “sole purpose” of handing him over to ICE. Family members gave an emotional plea for the 31-year-old’s release at a news conference held at CASA’s Langley Park headquarters. The family is afraid their loved one could be deported at any moment, for cutting down a tree.

The NRP confirmed in August one of their officers stopped the 31-year-old for cutting down a tree without a license to do so. The officer detained Villalta for an “administrative warrant” issued by ICE.

A letter sent to the Maryland Legislative Latino Caucus by the Acting Superintendent of the NRP reads, “When it comes to ICE, NRP and MSP do not act on detainers as a matter of policy,” and that, “MSP has already adopted a policy of not executing administrative warrant...”

The NRP acting on the “administrative warrant” appears to be a mistake.

“NRP is revising its policies and procedures to be consistent with MSP, and to act only on judicial warrants,” the NRP acting superintendent wrote.

What agencies should be detaining those undocumented and whether they should act on detainers or warrants has been an ongoing fight between Maryland leaders and ICE that may have just ramped-up again. 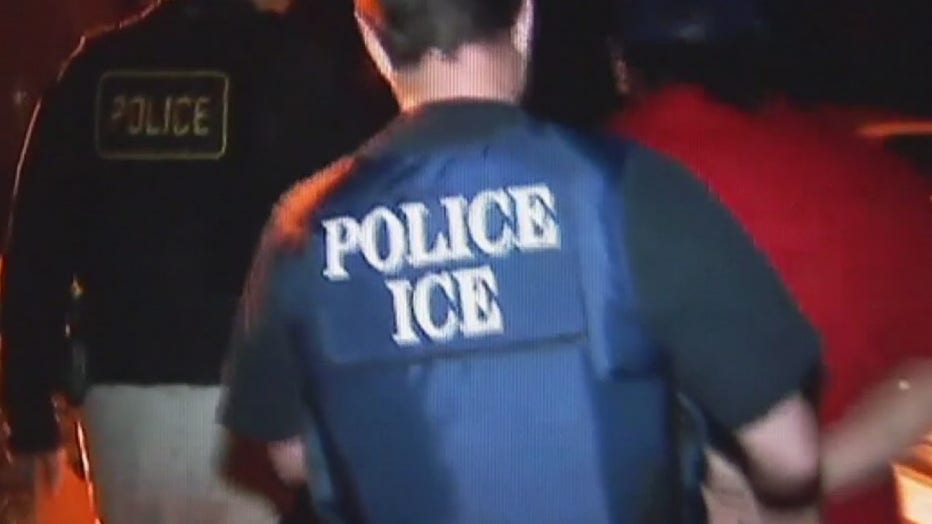 On Friday, ICE launched a media campaign calling on Prince George’s and Montgomery counties to transfer several suspects with serious criminal charges over to their custody before releasing anyone. In a press release, the campaign immediately identifies five suspects arrested for assault or sexual offenses. Tweets show photos of various suspects and more information including their criminal history and a headline that reads in all caps, “MAY BE RELEASED INTO YOUR COMMUNITY.”

FOX 5 is told ICE is responding to increased non-cooperative policies with this campaign, which comes just a few days after the Prince George’s County Council voted to prohibit any county agencies from working with ICE unless there is a criminal warrant. County officials say this a policy they wanted to codify.

Activists of the group CASA and Maryland State Delegate Gabriel Acevero, who held a news conference to call for Villalta’s release Monday, say they will fight for Maryland to pass the Trust Act in this upcoming 2020 legislative session. This is legislation that would codify the rules on not working with ICE on a state level.

Francisco Madrigal is an Acting Baltimore Field Office Director with the federal agency. “We want the public to be aware of what ICE really does,” said Madrigal, “This isn’t politics. We’re not talking about academics or theory. There are real offenders here who have been incarcerated for serious crimes. And if local jurisdictions put politics in front of public safety and decline to work with ICE, these offenders will be released back onto the streets.”

The agency does not know when or if the first five suspects identified will be released. Some appear to be currently going through the criminal court process online.

A link included with the online press release expands to a “Non-Cooperative Jurisdictions” section, which goes on to identify several more suspects in the two counties, some of whom FOX 5 has previously reported on. This includes the case of an alleged child molester who was recently released by Montgomery County, MD and later arrested by immigration officers in Virginia.

FOX 5 reached out to both Maryland counties on the matter.

“In Prince George’s County, our law enforcement agencies enforce local laws. Those who have not committed a violent crime or been involved in violent acts, have nothing to fear. Prince George’s County is a community where every citizen deserves the right to live in peace, without fear of being removed from their homes or separated from their families. We welcome citizens of all backgrounds who are law abiding, productive members of our county. We will, however, always seek to remove those from our streets who participate in gang or other violent criminal activity, documented or undocumented.”

"In accordance with Montgomery County Executive Order 135-19, ICE agents are not permitted to enter the non-public space of any County facility.  As such, any individual being released, regardless of pending ICE Detainer, will be released through the front lobby.  However, if ICE arrives prior to the release of an individual, in order to ensure public safety, DOCR may permit ICE authorities access into identified areas of the facility to ensure that transfers are conducted in a safe environment."