New numbers show just how hard inflation is hitting U.S. households. One economic expert tells FOX 5, "it's costing the average household around $493 per month to buy the same basket of goods and services this year as it was last year."

"It’s costing the average household around $493 per month to buy the same basket of goods and services this year as it was last year," explained Ryan Sweet, the senior director of economic research for Moody’s Analytics. "That’s an enormous burden on just the average household."

"That’s not a large number as far as I’m concerned," said Joe Busch. "I mean, I finished paying girl’s colleges, so we were talking tens of thousands." 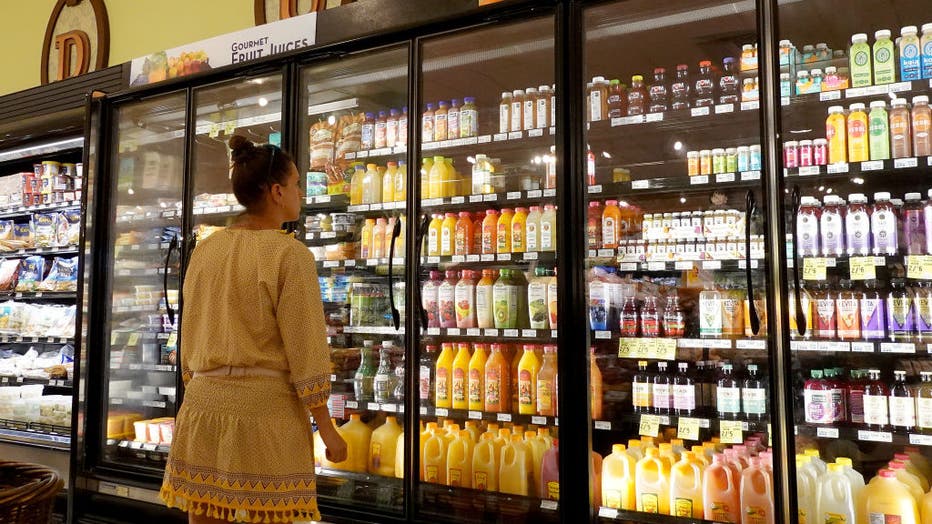 MIAMI, FLORIDA - JULY 13: A person shops in a grocery store on July 13, 2022 in Miami, Florida. The Bureau of Labor Statistics reported that the consumer price index soared to 9.1%, marking the fastest pace for inflation since November 1981. (Photo b

Sweet added that there could be some relatively good news on the horizon, predicting that inflation will begin to break, partially because of gas prices that are beginning to fall.

"We’ve seen some relief at the pump," Sweet said, "and that’s all gonna help bring down, and weaken inflation in July."