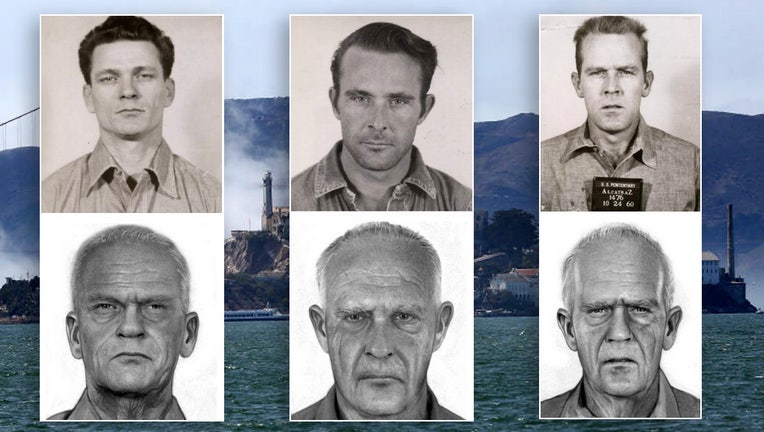 SAN FRANCISCO - The U.S. Marshals Service’s Northern District of California has released new age-progressed photos of the trio of men who became infamous for apparently escaping the Alcatraz prison in 1962.

It was one of the most famous and elaborate prison breaks in U.S. history.

Brothers John and Clarence Anglin, along with Frank Morris, were serving sentences for bank robbery when they pulled off the escape with stolen spoons, dummy heads and a raincoat raft. The three climbed the plumbing pipes to the roof and climbed through fences to reach the rocky western shore of the island. Using a how-to article in Popular Mechanics magazine, they assembled a raft, using an accordion-like musical instrument to inflate the craft. 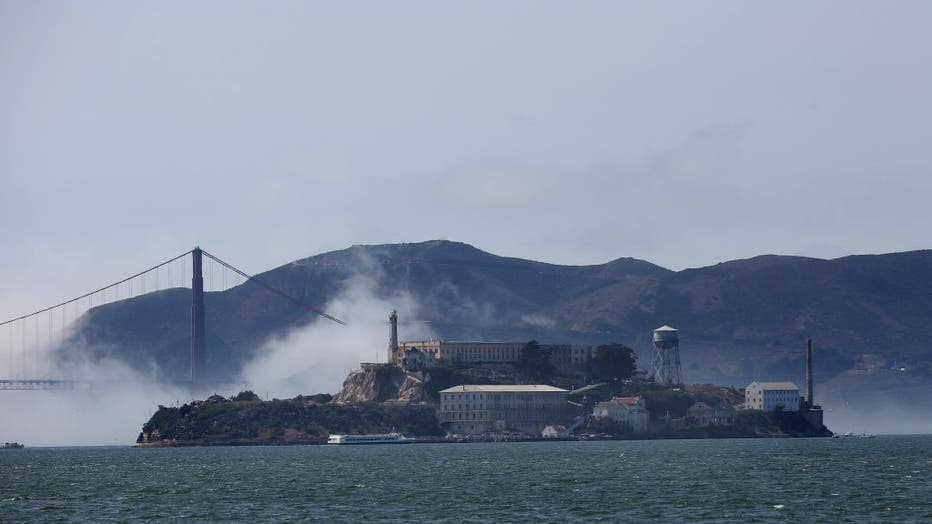 Pieces of the raft were recovered later, some miles away.

Their bodies were never found but their exploits were turned into the 1979 movie "Escape from Alcatraz," starring Clint Eastwood as Morris.

The newly-released photos suggest how each of the men would look today in their 80s, pictured with gray hair and wrinkles.In 2018, FBI authorities unveiled 3D-printed copies of the decoys that inmates constructed with soap, plaster and human hair. Morris and the Anglin brothers placed the decoys in their beds in order to escape.

Retired U.S. Marshal Michael Dyke, who inherited the unsolved case in 2003, told The Associated Press that he didn’t know whether any of the trio was still alive.

Some authorities believe the inmates were swallowed by the frigid bay. But clues have surfaced since the prison break.

The dummy head found in Morris’ cell, along with the one in Clarence Anglin’s cell, which shows how they were arranged to fool the guards into thinking the inmates were asleep. (FBI) (FBI)

According to KTVU, a letter was sent to the San Francisco Police Department in 2013. It was never released to the public. It begins: "'My name is John Anglin, I escape (sic) from Alcatraz in June 1962...Yes we all made it that night, but barely." The U.S. Marshal said in a statement that after comparing handwriting samples the results are inconclusive.

The FBI officially closed its case on December 31, 1979, and turned over responsibility to the U.S. Marshals Service, which continues to investigate in the unlikely event the trio is still alive.

The 21-acre rock in the middle of San Francisco Bay was a military prison before it served as a maximum-security federal penitentiary.

In the 1930s, the first federal prisoners — deemed by the media to be the worst of the worst — began arriving. The last inmate left in 1963.