An officer in Indiana pulled up to a 12-year-old boy's lemonade stand to help him sell to customers, and even matched all of his proceeds.

SOUTH BEND, Ind. - Every few weeks, Jaelynn Wilson and his 4-year-old brother sell lemonade, punch and snacks at their stand in their Indiana neighborhood.

When their mom Tina first saw South Bend Officer Ron Glon pull his police cruiser up, she initially believed he was going to shut them down.

But the officer instead surprised her and her 12-year-old son Jaelynn by telling them he wanted to help.

“Me and Jaeylnn are going to be waiting on people, collecting money, serving drinks, and I’m going to match 100 percent of what we take in,” Glon reportedly told Jaelynn’s grandmother. 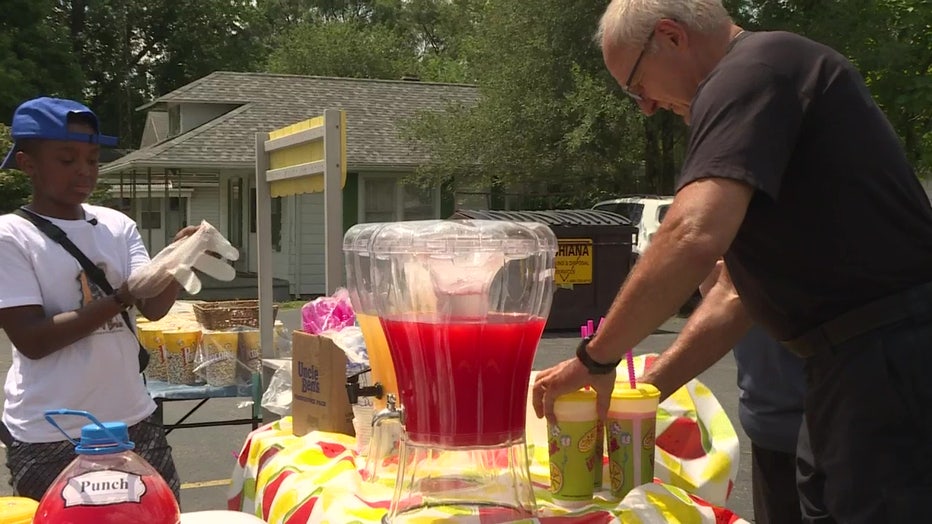 Together, the two served customers and poured lemonade in the parking lot.

"It made me feel so good to be able to work with a police officer, because you gotta think, he knows everything that's happening with the George Floyd [protests], the riots," Jaelynn told Fox News. "He has to make sure that he doesn't be one of those cops."

Tina Wilson said she's been teaching her children not to have a negative opinion of police officers.

"We don't want them to judge us because of the color of our skin, but you know, let's not judge them because of their uniform either," Wilson said. "Let's come together and do what we can and just push the bad people out."

Glon said he wants to make Jaelynn and other children like him comfortable with officers in his town.

Jaelynn said he knows there are some bad officers out there, but he doesn't let them affect his opinion about police.

“I trust cops,” the boy said. “I know there are things going on... But I've never been scared, I’ve never been frightened. I've always actually loved cops."