Today is starting off nice, but we're tracking potential storms this afternoon as Hurricane Henri makes its way toward landfall.

FOX 5 DC - The latest on Hurricane Henri as of 2 p.m. is that the storm is still a Category 1 Hurricane and currently has sustained winds of 75 miles-per-hour and is 210 miles east of Cape Hatteras, North Carolina and 395 miles South of Montauk Point, NY.

Hurricane watches and warnings are in effect for Long Island and Southern New England.

Henri is not very well formed on our satellite images, but it still has time while over the warm ocean waters through today to become better organized and strengthening is forecast for tonight.

There is a mid to upper level Low-pressure system that is over the Appalachians and the Ohio Valley,and it will steer Henri north to northeast on Saturday.

The storm is now in fact moving north-northeast at 17 miles-per-hour and is forecast to slow down some and take a north to northwest turn on Sunday based on the forecast track.

Henri is expected to make Long Island, NY or Southern New England its target for landfall on Sunday.

Even though some weakening is anticipated prior to landfall, Henri will be at or near Hurricane strength when it reaches the coasts of Long Island and Southern New England. 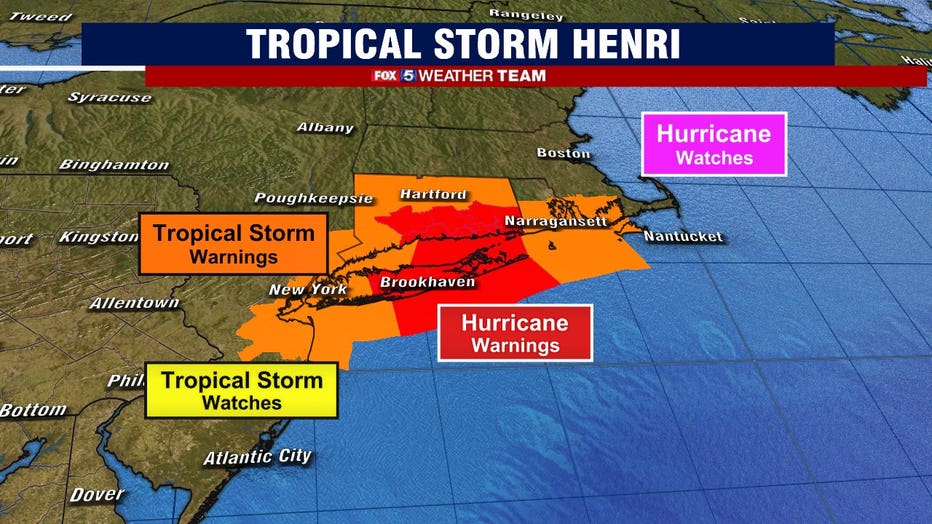 Life threatening storm surge will push inland and could possibly be  1Ft - 3ft from Cape May to Atlantic City and 3ft - 6ft. from Atlantic City Northward. The deepest water will be where onshore winds create large and dangerous waves along the immediate coastline.

For our area swells and dangerous life- threatening rip currents can easily affect our coastal beaches and we have the chance of showers and storms overnight tonight,  into NE Maryland and rain could be heavy. Our ground is already well saturated so the additional rainfall could certainly lead to major flooding issues. Our areas to the South need to be monitored closely as we watch the track of Henri.

Any storms on Sunday for us could be focused along and well East of I-95 as the system pulls North. As well, the Tropical moisture will add to the humidity for us that is now and already building in place.

Stay with FOX 5 for updates. 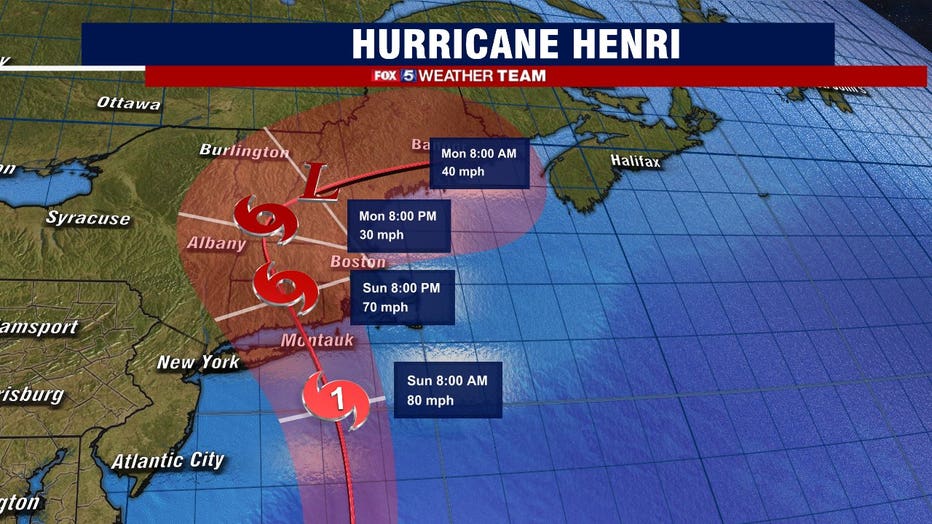