The Rockville Police Department held a gun buyback event on Saturday that helped bring in more than 300 guns to police.

ROCKVILLE, Md. - Montgomery County officials did their part Saturday to collect hundreds of guns from residents in Rockville.

Long lines of cars could be seen in the Rockville City Police Department parking lot as people waited to drop off their guns. 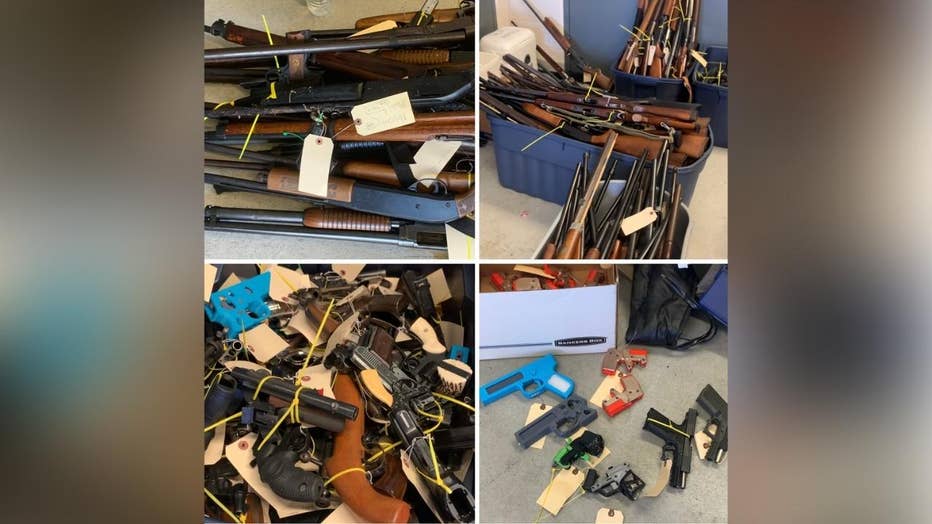 During the event, more than 300 guns were collected.

The Rockville City Police Department described the event on Twitter "as an overwhelming success."

People who dropped their guns received $100 gift cards for handguns, rifles and shotguns, while people who turned in assault style weapons received $200.