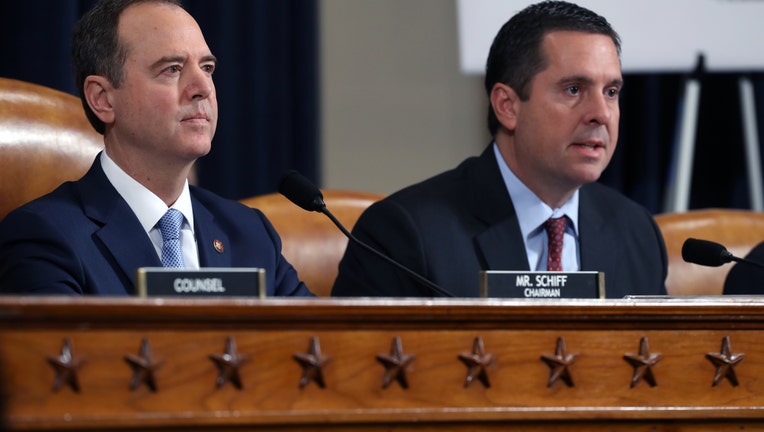 WASHINGTON - The House Intelligence Committee is wrapping up the investigative phase of its impeachment inquiry after recent public hearings and plans a Tuesday evening meeting to vote on its report.

Then the House Judiciary Committee will take the lead as the Democratic-led House pushes closer to a possible vote on charges against President Donald Trump.

That committee’s initial hearing is Wednesday. It’s expected to feature legal experts who will examine questions of constitutional grounds as the committee decides whether to write articles of impeachment against Trump, and if so, what those articles will be.

Democrats are aiming for a final House vote by Christmas, which would set the stage for a likely Senate trial in January.