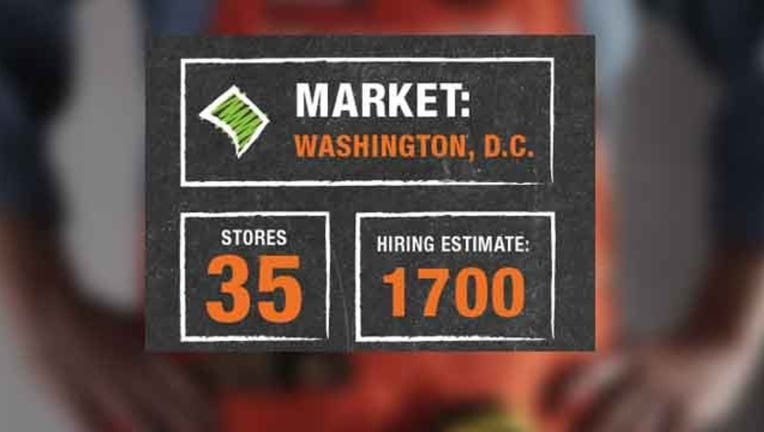 That's level with the last few years. The positions include both part-time and full-time workers in stores and distribution centers.

The hiring comes as the Atlanta-based company is moving beyond a huge data breach last fall that affected 56 million credit and debit cards. Home Depot reported in November that its third-quarter profit rose 14 percent on rising sales. That suggests the breach has not shaken the faith of its customers.

Home Depot's stock has risen more than 40 percent in the past year.

Crow told The Associated Press the hiring level isn't an indication of the business environment or what it sees for the spring season, but more about its needs.

"It gives us the ability to get a whole new wave of folks to join our team," he added.

For most retailers, the holiday shopping season, which spans November to December, is their busiest season. But for Home Depot and other home-improvement stores, it's the spring selling season that's the biggest sales generator as shoppers spruce up their lawns and work on their homes.

The company is expected to report fourth-quarter results Feb. 24.

The broader employment picture hasn't been better in years. On Friday, a federal report showed that the past three months have seen hiring at the most robust pace in 17 years.

Home Depot, which operates 2,269 stores in all 50 states and employs more than 300,000 associates, has benefited from the housing recovery. The Commerce Department reported last month that construction of new homes rebounded in December, helping to push activity for the entire year to the highest level since the peak of the housing boom nine years ago.