WASHINGTON (FOX 5 DC) -- A Prince George's County interior design firm is accused of scamming homeowners out of tens of thousands of dollars. FOX 5 broke this exclusive story last night -- since then, complaints about D&A Designs LLC have been pouring into our newsroom.

Ayesha Bell says she made her first payment to D&A Designs in 2017 for a nearly $250,000 renovation on her childhood home in Washington, D.C.

"I really felt like they took advantage of the fact that they knew that my mom had just passed and that I was mourning and that I really wasn't straight and I was just trying to get things done and they... I feel like they preyed on me, " said Bell.

Bell told FOX 5 the only service she received after making a nearly $80,000 payment was a half-finished demolition job valued at just $5,000, according to her agreement. She says she's yet to receive any refund.

"I waited and waited and I kept calling and asking about the permits and how long it was gonna take... 'has it been pushed through?' 'where are we?' She started getting upset with me. Didn't want to talk about it. she started being very rude," said Bell.

After problems began, Bell says Hagler sent a contract that restricted her from disparaging the company in reviews or on social media -- a document she says she refused to sign.

Reality star Tammy Rivera and wife of rapper Waka Flocka Flame is also alleging fraudulent practices with D&A Designs. She recently shared a photo on her Instagram page claiming her kitchen has gone unfinished for months.

FOX 5 reached out to D&A Designs Friday but received no answer.

In a Facebook post, Hagler addressed the accusations saying she is being advised by a legal team and that "the allegations made are false."

At least half a dozen victims who FOX 5 spoke with would disagree.

One woman told FOX 5 on the phone that Hagler and one of his workers got into a physical fight on her job sight. Another woman told us she was so dissatisfied she set up a Yelp page so others could review the company. That page has five reviews and just two and a half out of five stars.

D&A Designs has an "F" rating with the Better Business Burea and, according to court records, is involved in several active legal proceedings in the state and does have an active license in Maryland. However, the state reports the company is "not in good standing." 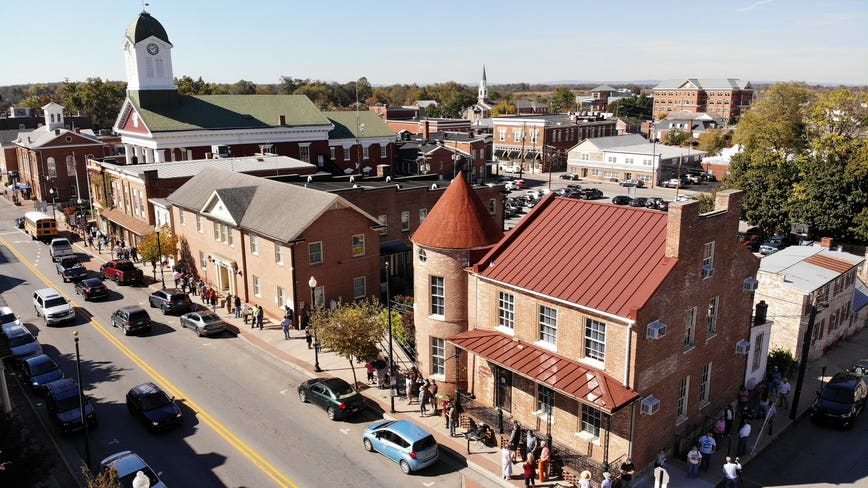