After leading police in a chase from southwest Houston to downtown, a male driver was arrested near the intersection of San Jacinto and Rusk.

HOUSTON - Houston police arrested a suspect after a high-speed chase that began in southwest Houston and ended in the city's downtown.

Police say it all began in the 4900-block of E. Ridgecreek after a call about a suspicious event, or possibly a domestic event. Police say the suspect threatened to shoot a family member and took off when police arrived on the scene.

Houston police officers pursued the suspect through the south part of the city into downtown where the call was made to discontinue the chase. Police hoped the suspect would calm down after being left alone. Police said they already had the man's identity. 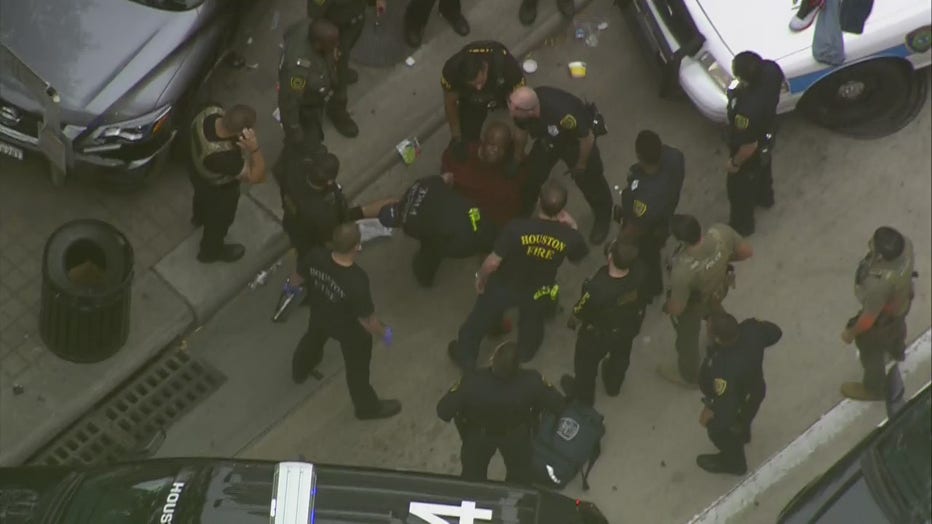 Police arrested a man after chasing him through SW Houston and downtown.

According to police, the suspect was seen shortly after the chase was called off. He was driving the wrong way on a one-way street and on the sidewalk.

Houston police officers were able to pin the suspect's car and arrest him. Police say no one was injured during the chase despite the driver hitting multiple cars.