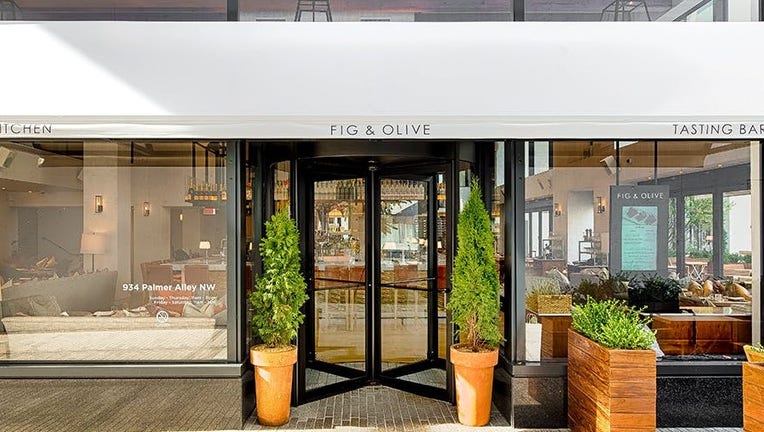 WASHINGTON - A guest at Robert Trump's funeral in Washington later punched a server at a restaurant in downtown D.C., according to a report.

A spokeswoman for the restaurant, Fig & Olive, declined to confirm or deny the Trump connection but did say a server was assaulted Friday night by someone who attended a funeral procession earlier in the day.

"Since reopening from the temporary dine-in closures due to Covid-19 restrictions, our Fig & Olive DC team has worked incredibly hard to rebuild and we have faced many challenges during the reopening period," the spokeswoman said in a statement to FOX 5. "It is incredibly unfair our team had to deal with what occurred last night, and we will make sure the necessary steps are taken to address this."

Fig & Olive says its own security handled the incident. D.C. police say they were not involved.