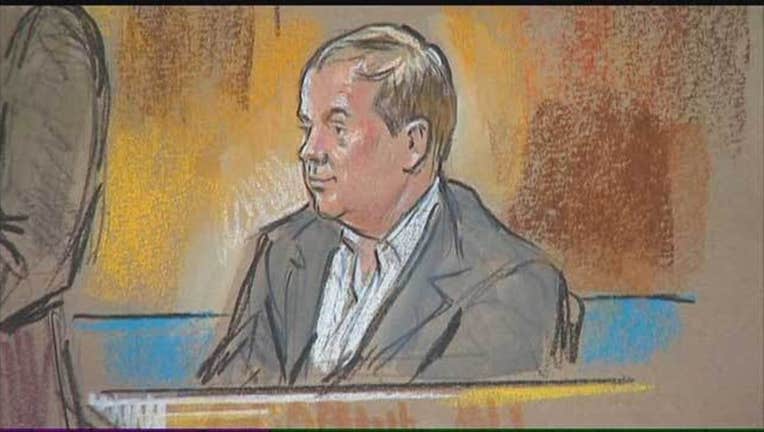 Lawyers were discussing potential conditions during the second day of a multiday hearing on whether John Hinckley Jr. should be allowed to live full time with his 89-year-old mother in Virginia. Hinckley's attorney, Barry Levine, said Wednesday on the first day of hearings that Hinckley is "clinically ready" to live permanently outside the hospital, a position supported by his treatment team. Levine said that the mental illness that drove the then 25-year-old Hinckley to shoot the president in 1981 in an effort to impress actress Jodie Foster has been in "full and stable remission" for more than two decades.

But Levine and government lawyers disagree about the conditions Hinckley should have to comply with if he is allowed to live full-time outside of St. Elizabeths mental hospital in Washington, his home since a jury found him not guilty by reason of insanity in the shooting. Prosecutors have proposed about three dozen conditions if Hinckley lives permanently at his mother's home in Williamsburg, where for about the past year he has been living for 17 days every month.

Those restrictions include monitoring software on the home's computer and a ban on searching for information about: himself, Reagan, Foster, and Reagan press secretary James Brady, who also was injured in the shooting. Prosecutors also want him prohibited from setting up social media accounts on sites such as Facebook and LinkedIn, at least partly because he has been diagnosed with a narcissistic personality disorder, though his doctors say its effects have diminished.

Hinckley's lawyers and the hospital oppose many of the restrictions. VJ Hyde, one of the people involved with Hinckley's case at St. Elizabeths, testified Thursday that it could be helpful for Hinckley to explore information about himself, including news stories and information about the shooting and the people he hurt. Hyde also said the hospital "adamantly opposes" requiring Hinckley to wear an ankle monitor. Hyde said "many people don't recognize" Hinckley anymore, and he said the monitor would further stigmatize him.

Freedom for Hinckley, who turns 60 next month, has come gradually. For a dozen years, Friedman has allowed him increasing freedom, with the purpose of reintegrating him into society. Friedman first agreed in 2003 that he could have day visits with his family in the Washington area, then local overnight visits. Visits with his parents in Williamsburg followed. Those were expanded to 17 days by the judge in late 2013.

It will ultimately be up to Friedman whether to let Hinckley live full time in Williamsburg and, if so, under what conditions. Some of the conditions attorneys are discussing are ones Hinckley already complies with while in Williamsburg and which both sides agree on: carrying a GPS-enabled cellphone, not talking to the media, and attending individual and group therapies. The U.S. Secret Service also keeps watch on Hinckley now and then, but it's not a condition of his release.