LOS ANGELES - D.C.'s Go-Go scene got a shout-out at the Oscars Sunday night from an unexpected fan -- actress Glenn Close.

Close, who made Oscar history by tying Peter O'Toole for most nominations without winning, unleashed her knowledge of Experience Unlimited' 1988 hit song -- 'Da Butt.' The song was on the soundtrack of Spike Lee' film School Daze. 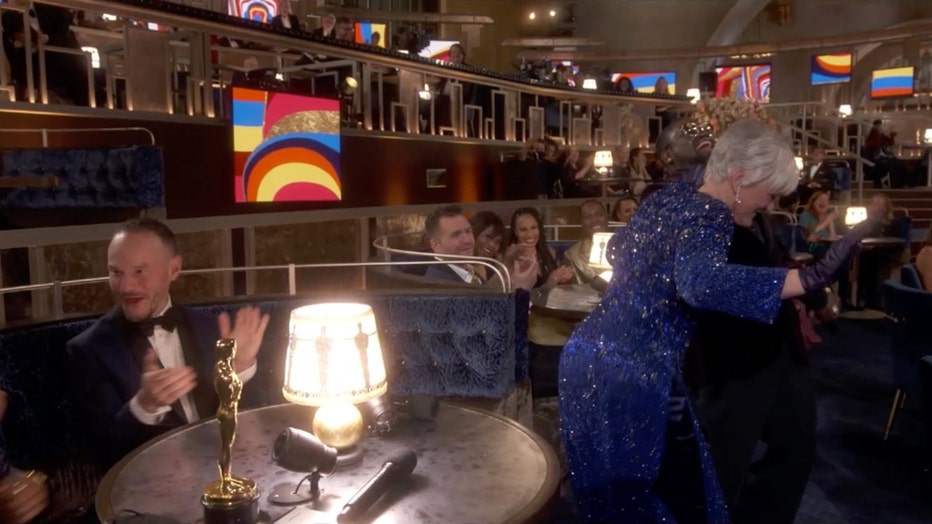 The 93rd Oscars will be held on Sunday, April 25, 2021, at Union Station Los Angeles and the Dolby® Theatre at Hollywood & Highland Center® in Hollywood, and international locations via satellite. "The Oscars" will be televised live on ABC at 8 p

During one of the night' segments featuring actor Lil Rel Howery and guest DJ Questlove -- the two played songs and scouted the audience for celebrities to guess if the song was ever nominated for or won an Oscar.

It's safe to say that when Howery stopped by Close' table with 'Da Butt' in the speakers -- he wasn't expecting her response. Not had she heard the song before -- she seemed to know everything about it.

"It was a classic song by the great Washington, D.C. Go-Go band, E.U." Close said. "Shout out to Sugar Bear and the Backyard Band and the whole DMV!" She then correctly guessed that the song had not been nominated for an Oscar calling it "an f-ing tragedy."

Then it happened -- and no one expected what happened next! When asked by Howery if she knew the dance, Close sprang to her feet – stuck out her behind – and danced 'Da Butt' like is was 1988 again!