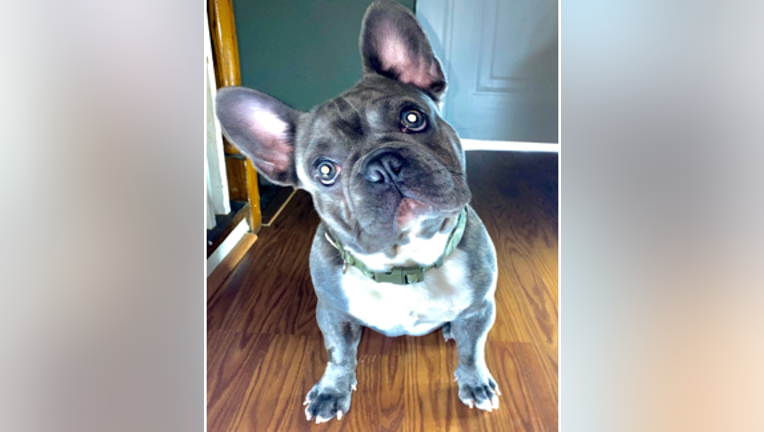 Bruno, a French Bulldog stolen at gunpoint in April in D.C., has been found dead, according to his owner.

Several armed suspects approached a victim in the 5400 block of Kansas Avenue NW on April 13 and demanded they hand over their dog and belongings. Police have been searching for Bruno ever since.

People arrested and released amid investigation into DC dognappings

Fox 5's Stephanie Ramirez reports on the investigation into two dognappings that happened during a crime spree in D.C. Wednesday afternoon.

Shortly after Bruno was taken, another dog, an Australian Shepherd named Pablo, was also stolen at gunpoint. He was reunited with his owners the next evening.

Bruno's owner posted on Twitter on Friday that Prince George's County called to tell her that Bruno was found dead.

She thanked everyone who had helped her through the entire process.