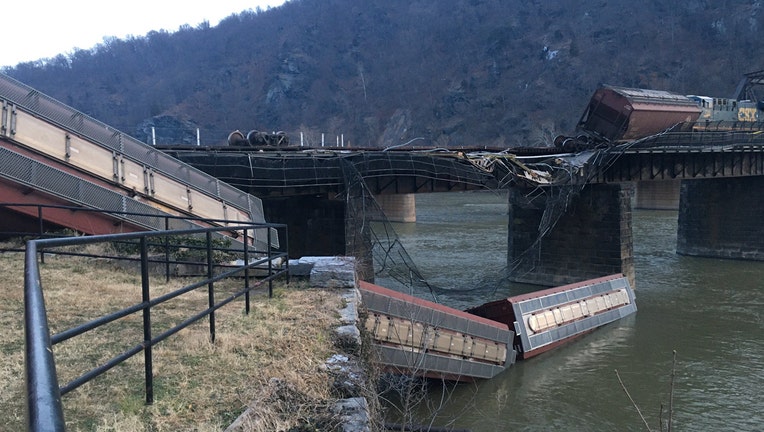 Officials in Washington County, Maryland say two empty rail cars derailed and fell into the Potomac River while the train was crossing the Sandy Hook Road Bridge at 2:46 a.m. Saturday. They say nobody was injured, and the only person on board was the conductor. The bridge runs parallel to a popular walking bridge on the Appalachian Trail.

A spokesperson for CSX, which operates the train, says the company will work "swiftly and safely in the cleanup and to restore the area." The cause of the derailment is under investigation.