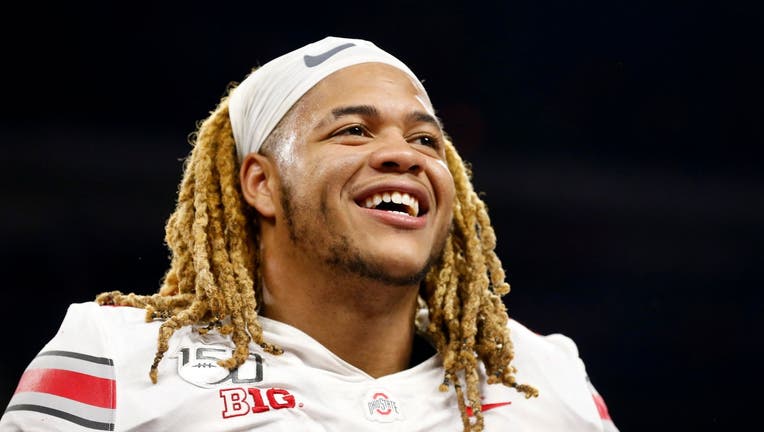 Chase Young #02 of the Ohio State Buckeyes on the post game stage after winning the Big Ten Championship game over the Wisconsin Badgers at Lucas Oil Stadium on December 07, 2019 in Indianapolis, Indiana. (Photo by Justin Casterline/Getty Images)

WASHINGTON - If most draft experts are correct, Chase Young is headed home.

The DeMatha Catholic High School graduate is the top rated edge rusher – and that’s something the Washington Redskins desperately need. 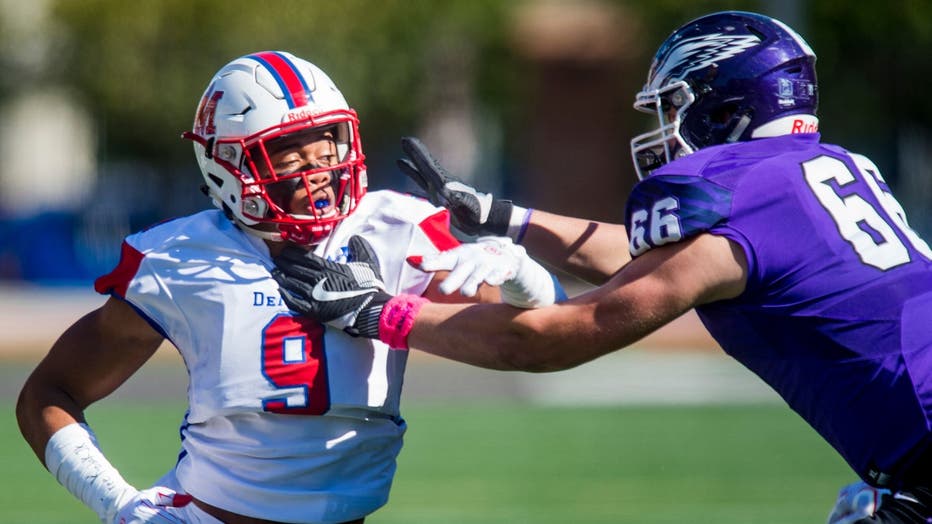 DeMatha's Chase Young tries to get to the quarterback in first quarter action during their game against Gonzaga on Saturday, October 15, 2016 in Washington, D.C. DeMatha won the game 23-13. (Photo by Pete Marovich For The Washington Post via Getty Im

Most of the major sports outlets project Young as going No. 2 overall to the Redskins in the first round of the NFL virtual draft tonight.

Fox Sports, ESPN, USA Today, and Sports Illustrated each project Young winding up playing on the field he grew up less than 20 minutes from.

RELATED: Chase Young welcomes possibility of Redskins pick: 'It would definitely be an honor to play at home'

Young set an Ohio State record for sacks in a season during the 2019 campaign with 16.5. He was also a Heisman Trophy finalist.

He was the Washington Post’s Defensive Player of the Year in 2016 while at DeMatha High School. 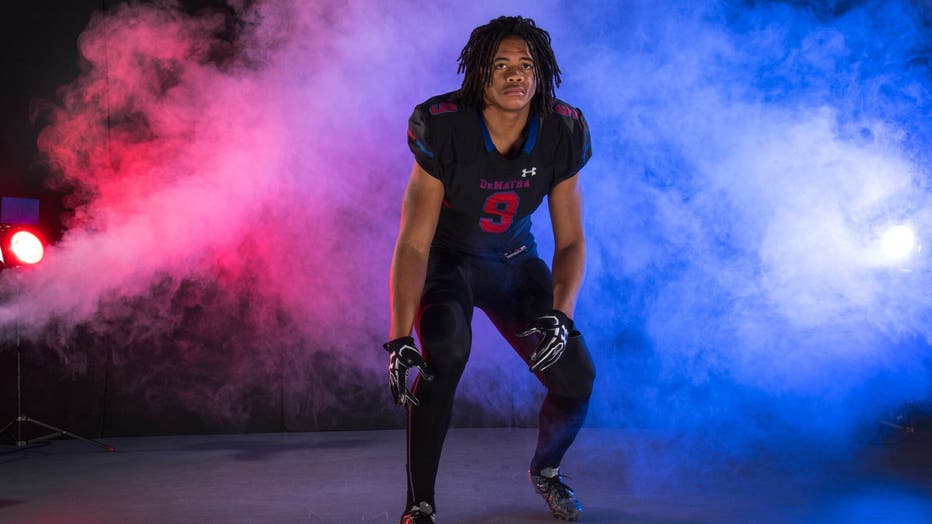 The 2016 Defensive Football Player of the Year, Chase Young of DeMatha, is photographed on December 7, 2016 in Alexandria, Va. (Photo by Ricky Carioti/The Washington Post via Getty Images)

The Redskins were 3-13 in the 2019 season – which led ownership to clean house. After a 2019 season that saw tickets selling for as little $4, head coach Jay Gruden and team president Bruce Allen.

RELATED: Washington Redskins tickets for Sunday selling for as little as $4

Fox Sports calls Young “the best player in the draft – offense or defense,” and pointed out that first-year head coach Rivera “knows what really built the Panthers into a Super Bowl contender: A ferocious defense that was No. 2 in efficiency in 2015.”

USA Today says Rivera’s first pick as the Redskins head coach “should be simple,” saying “Young can change the landscape of an entire defensive unit.”

According to ESPN, Young would give the Redskins what they haven’t had “a young player who has the ability to be elite.”