FOX 5 is getting answers in Montgomery County after residents in Gaithersburgs Downtown Crown neighborhood reached out.

GAITHERSBURG, Md. (FOX 5 DC) - After several calls and emails, FOX 5 has learned it is up to Gaithersburg City Police (GPD) to patrol and enforce traffic violations within the Downtown Crown community, according to Gaithersburg City’s Director of Planning and Code.

Previously, there was confusion over which police department had the power to enforce traffic regulations there, concerning residents who saw a woman recently struck by a vehicle at the mixed-residential and commercial community.

Todd Moniot shared the surveillance video with FOX 5, which he said shows his neighbor getting hit by a car in the Downtown Crown community last week. In the surveillance video, you see a vehicle making a U-turn at Crown Park Ave. and Alcott Pl. A second vehicle appears to speed around that U-turning car and strikes the woman trying to cross Alcott Pl. 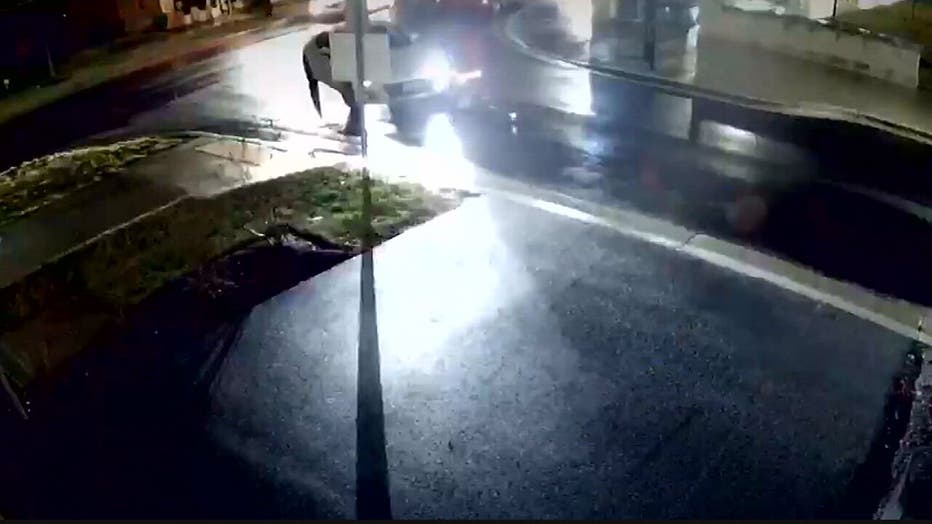 Moniot and several others said this was one example of the many traffic safety issues in this neighborhood. Residents said they are specifically concerned with drivers speeding and cars making U-turns in intersections in an attempt to nab parking spots by the shops and restaurants.

FOX 5 witnessed a number of drivers doing exactly that at the corner where the woman was struck. FOX 5’s Sky Fox Drone also caught a number of vehicles speeding in the area. There are no visible signs that mark the speed limit on Crown Park Ave.

The fatality of an elderly woman who died from her injuries after being hit by vehicle by the Downtown Crown’s LA Fitness location this past September, heightened concerns for those who say this has been an ongoing issue.

“I mean, that seems strange to me – if there’s a crime committed, whether it’s a traffic crime or a property crime or something big, police should have the jurisdiction and the authority they need. I don’t know if the rules of Montgomery County are just very archaic and you know, they need to catch up with the developments that are occurring more nowadays,” said Todd Moniot, the neighbor who shared surveillance video with FOX 5. He spoke to FOX 5 on Monday.

Gaithersburg City Police had confirmed the same on Wednesday. In an interview, GPD Spokesperson Officer Dan Lane told FOX 5 they did contact the Crown’s developers and are attempting to address some of the traffic concerns. 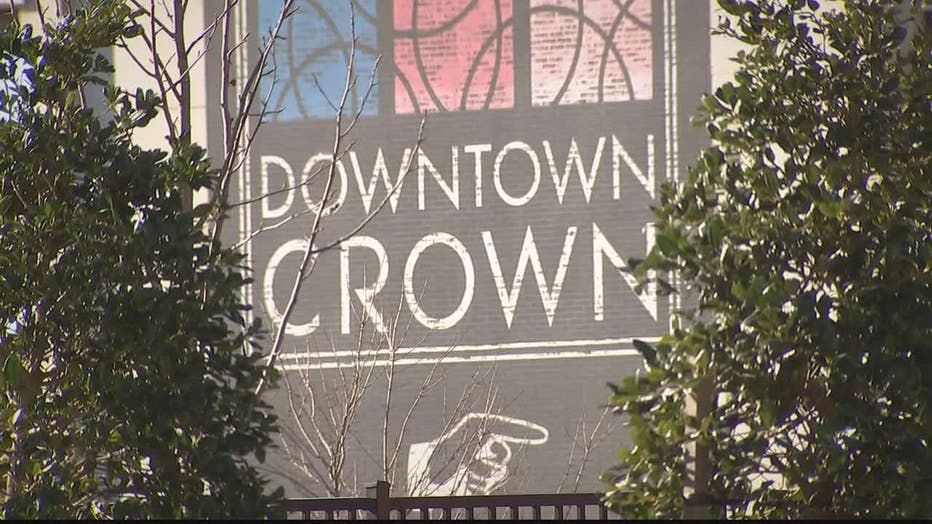 Not long after speaking with Ofc. Lane, FOX 5 received a call from the Gaithersburg City’s Director of Planning and Code, John Schlichting, who confirmed the opposite of what FOX 5 had so far been told. Schlichting said he spoke with the City Attorney, who said the Gaithersburg City Police Department is the department that should be patrolling and enforcing at the Crown community if the public is using private streets, whether the developer has handed the community over to the city or not.

City Attorney N. Lynn Board cited a 1974 Attorney General opinion and wrote the following in part of her email to Schlichting:

“There is a 1974 Attorney General opinion that is applicable to “private community-owned roadways with limited access restricted exclusively to community members, their guests, servants and invitees”  and provides that the rules of road do not generally apply to private roadways (but does state that if a vehicle is operated recklessly or negligently, then the State laws do apply and may be enforced). Given the public use of the roads in Crown Farm, it would be hard to argue that they are restricted to use exclusively by community members, their guests, servants and invitees. Further, an Attorney General Opinion is just that – it’s an opinion and is not binding law.  There have been numerous Court cases in both the Maryland state and federal courts that were decided after the 1974 AG’s Opinion that have held that so long as the private road is used by the public, then there is authority to enforce state traffic laws on those roadways.  As a result, it is my opinion, that the Gaithersburg Police Department does have the general authority to enforce the State rules of the road on the streets in Crown Farm that are being used by the public.”

Schlichting told FOX 5 over the phone, the city will be contacting those who need to be updated.

“I was just really surprised that this was still an issue that nobody seems to know who is really in charge and because of that, we become much more really reactive to these situations. There doesn’t seem to be an avenue to be proactive,” said resident Cory Sise, shortly before FOX 5 learned of the update. Sise says she’s been living in the community for about three years and that getting answers to these matters are difficult. 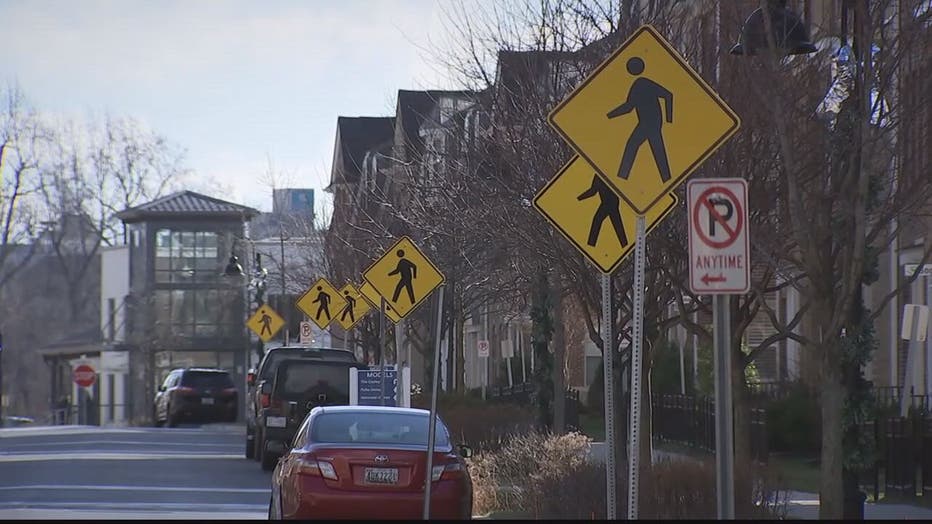 City leaders tell FOX 5 there are multiple entities involved and that the Crown manages the entire community. However, it was explained to FOX 5 that the area that includes businesses is owned by the Downtown Crown. The residential area, we’re told, is owned by Crown West. Schlichting says the entire community is about two-thirds complete and is expected to be finished in about two years.

“Pedestrian safety in a walkable community such as Crown is of utmost importance. Measures are continuously explored and implemented to encourage pedestrian safety, reduce speed and prohibit illegal parking.”

“Today, the streets in Crown are privately maintained. However, the public streets will ultimately be maintained by the City of Gaithersburg. We have heard the concerns of the community and intend to work with both the City and retail management on ways to improve pedestrian and vehicular safety and awareness.”