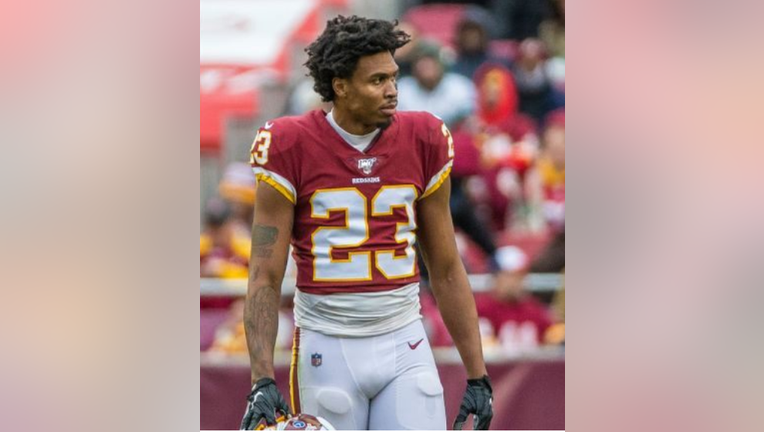 MIRAMAR, Florida - Former Washington Redskins cornerback Quinton Dunbar has turned himself in to police after an alleged armed robbery, according to a report.

Dunbar's surrender came hours after another suspect, DeAndre Baker of the New York Giants, turned himself in.

Baker, 22, and Dunbar, 27, were attending a cookout at a Miramar, Florida home Wednesday night when a fight broke out and Baker pulled out a handgun, according to an arrest warrant. Baker, Dunbar and two other men began robbing other people at the party of thousands of dollars in cash, watches and other valuables, witnesses told investigators.

Police said the four men then fled the home in three vehicles: a Mercedes Benz, a Lamborghini and a BMW.

Witnesses said the vehicles were parked in a way that would make it easy to leave quickly, leading detectives to believe the robbery was planned in advance. No injuries were reported.

Dunbar signed with the Washington Redskins as an undrafted free agent in 2015 and was traded to the Seahawks this past March. He started 11 games last season, recording 37 tackles and four interceptions.