Congress will soon vote on awarding the Congressional Gold Medal to US Capitol police officer Eugene Goodman. He is credited with a stopping a mob from storming into the Senate Chambers on January 6.

CAPITOL HEIGHTS, Md. (FOX 5 DC) - Lawmakers have credited Capitol Police Officer Eugene Goodman with saving lives during the January 6 riot at the U.S. Capitol and Congress will soon vote on awarding him the Congressional Gold Medal.

While Goodman’s heroics have gotten worldwide attention, many are unaware of his roots in Prince George’s County, even some of his former educators. 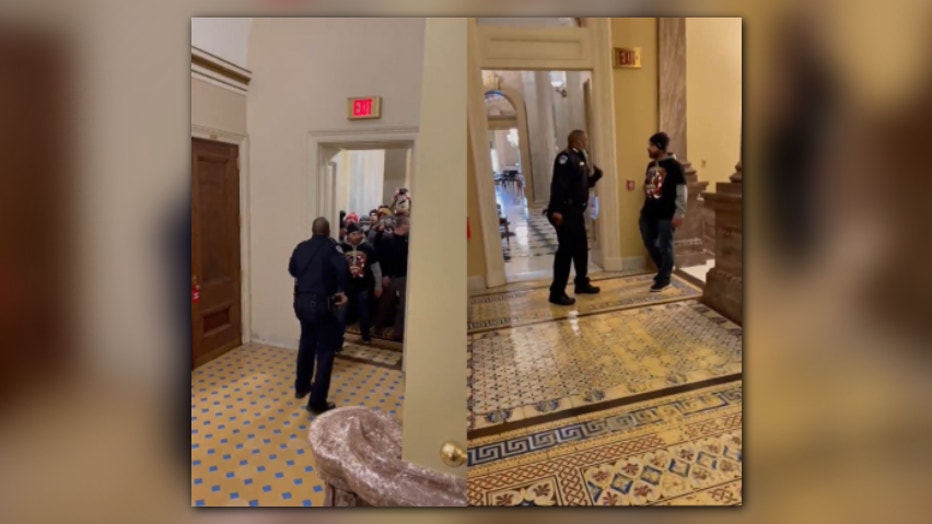 Representatives Charlie Crist (D-FL) introduced H.R. 305 on Thursday, which would award Officer Eugene Goodman with the Congressional Gold Medal for his actions during the Capitol siege. (Credit: Igor Bobic/ HuffPost via Storyful)

Goodman went to Central High School in Capitol Heights and graduated in 1999.

"I was watching the inauguration and kept hearing this name and reflecting back and I said, ‘That name sounds familiar,’" said McKinley Hayes, a former Central High School administrator. "I said, ‘I know this young man.’"

Hayes saw Goodman escorting Vice President Kamala Harris at the inauguration, but only connected the face with the name on Monday. He called his friend and former Central High School teacher Howard Banks. 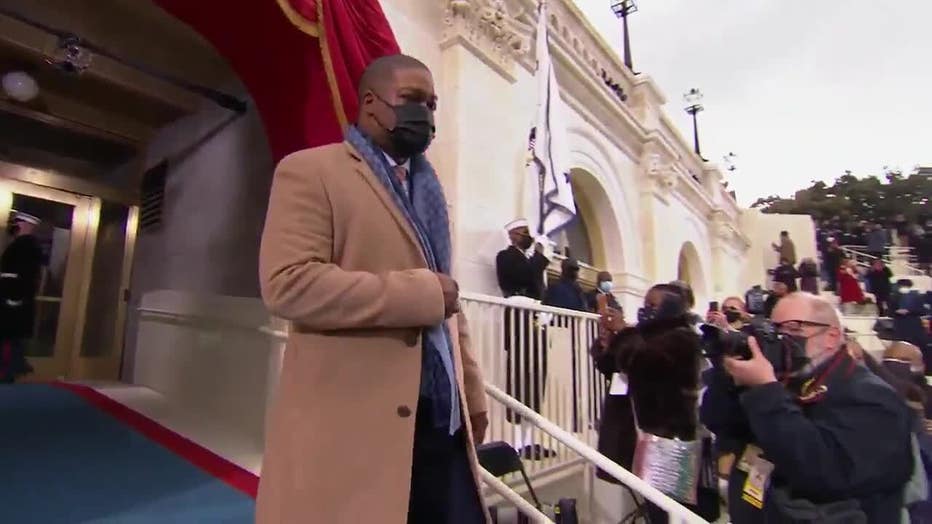 Banks was overcome with emotion finding out the hero he saw on TV was his former student.

"To produce people like that, that’s what you live for," said Banks. "I have to admit, I’m moved by this day. This changed my life. This says everything we stood for at that school is right and good."

Banks and Hayes described Goodman as a quiet, helpful, and well-mannered student known to help break up a fight in the lunchroom on occasion.

Goodman was alone when he was confronted by members of the mob who stormed the Capitol on Jan. 6 as Congress was certifying electoral votes.

In cell phone video, Goodman is seen luring the group up a staircase and away from the Senate chambers where lawmakers were still in session, unaware the building was already overrun. 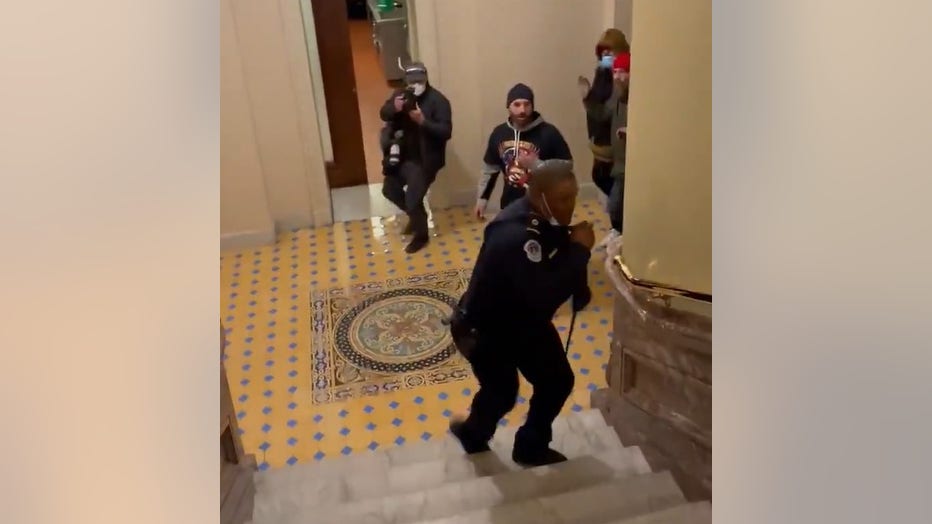 Banks is still a Prince George’s County teacher now at Northwestern High School. He teaches World History and says the day of the insurrection he was teaching about the French Revolution coup d’états from his home, which is on Capitol Hill where he could see rioters headed to the Capitol.

Goodman, an Army veteran, was promoted to Deputy Sgt. at Arms and was awarded the Army's Distinguished Public Service Award.

He has not done any interviews or public speaking thus far, but his former educators are hoping one day he’ll tell his story to students at his former high school.