What to do if your flight is canceled?

Travel expert Brian Kelly says flight cancellations are consistently happening. He shares tips on tracking your flight and what to do if it is canceled?

Thousands of flights have been canceled during the July 4th holiday weekend as airlines struggle to keep up with travel demand that’s meeting pre-pandemic levels.

CNBC reported Saturday that more than 12,000 American Airlines flights in July were without a scheduled captain, first officer, or both after pilots were able to drop assignments through a glitch in the scheduling platform, FOX Business reported. American said the glitch isn't expected to have any "operational impact."

RELATED: Flight attendant bluntly shares travel tips: ‘We will not help you if you are mean’

AAA predicts 47.9 million people will travel between Friday and Monday, and about 3.55 million of those will fly. Delta Air Lines even took the unusual step this week of warning travelers that there could be problems over the holiday weekend.

The airline also reportedly offered passengers $10,000 to get off an overbooked flight from Michigan to Minnesota earlier this week. 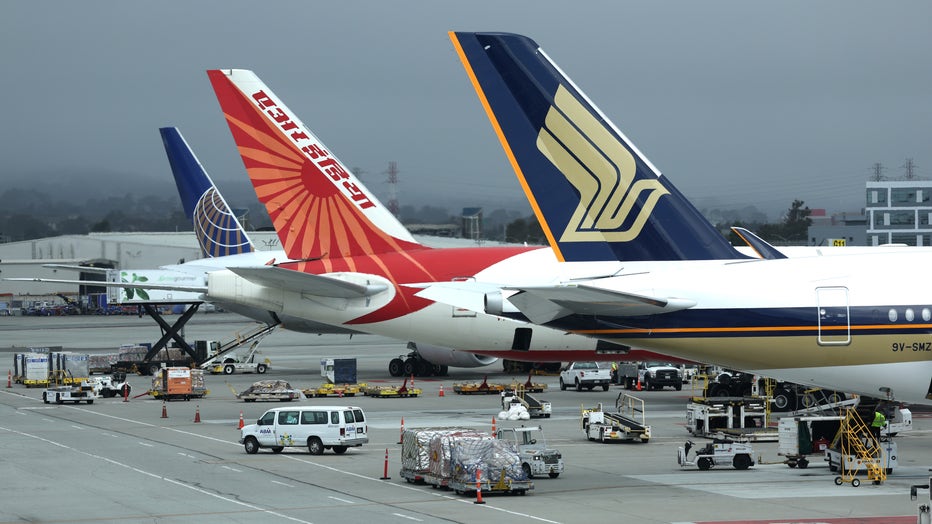 Widespread delays and cancellations have been happening since before Memorial Day weekend. Airlines have been caught short-staffed as they try to hire thousands of workers, including pilots, to replace those who they encouraged to quit when the pandemic caused air travel to plummet.

They're also using larger planes on average to carry more passengers with the same number of pilots, but it hasn’t been enough so far this summer.

The airlines are increasingly trying to blame delays on understaffing at the Federal Aviation Administration, which manages the nation's airspace and hires air traffic controllers.

Transportation Secretary Pete Buttigieg has pushed back on those claims.

"The majority of cancellations and the majority of delays have nothing to do with air traffic control staffing," Buttigieg told "NBC Nightly News."

Helane Becker, an airline analyst for investment firm Cowen, said there are many reasons for the disruptions including weather, FAA ground stops that last too long, and flight crews hitting their legal limit of working hours in a day. The airlines "seem to fail" when it comes down to daily operations, and the FAA didn't train enough new air traffic controllers — a process that can take up to four years — to offset retirements.

U.S. could take action against airlines

Things you must do if you're flying

Brian Kelly, Founder of The Points Guy, shares the tips you must follow if you are traveling by air.

Buttigieg has threatened fines if airlines don't fix their operations, and some lawmakers are calling for more.

Sens. Edward Markey, D-Mass., and Richard Blumenthal, D-Conn., asked 10 airline CEOs this week to "take immediate action" to reduce travel disruptions. The senators demanded information about how each airline decides which flights to cancel and the number of consumer refunds requested and granted.

Biggest crowds since the pandemic began

About 2.49 million passengers went through security checkpoints at U.S. airports Friday, surpassing the previous pandemic-era record of 2.46 million reached earlier in the week, according to figures released Saturday by the Transportation Security Administration.

Friday's passenger volume marked a 13% increase from July 1 last year, which fell on the Thursday before Fourth of July. This year's number of passengers going through U.S. airports also eclipsed the 2.35 million screened at security checkpoints on the Friday before the Fourth of July in 2019, but that was nearly a week ahead of Independence Day.

The Associated Press and FOX’s Daniel Miller contributed to this report.