Twitter user @SebastianDiMajo shared this video with FOX 5 of smoke billowing out of a DC Metro car at the Eastern Market station on Friday morning.

WASHINGTON - A fire that was started aboard a Metro train at the Eastern Market station triggered an evacuation and delays Friday morning.

Officials say an individual set the small fire inside a train that was at Eastern Market. They said the train operator extinguished it quickly and that the station was evacuated.

The fire was reported just after 9:30 a.m. Service was temporarily suspended along parts of the Orange, Silver and Blue Lines. Shuttle buses were put into place to move riders between stations.

Metro General Manager Randy Clarke tweeted from a railcar he was stuck inside. "Sorry for this morning’s service impacts everyone. I’ve been stuck on a train as well," he said. "Talking w/ customer Antione who is also impacted. Earlier reports or a seat on fire on a train at Eastern Market. We are moving. We will update w/ more info after an investigation occurs."

Riders can expect delays to continue while emergency crews investigate. 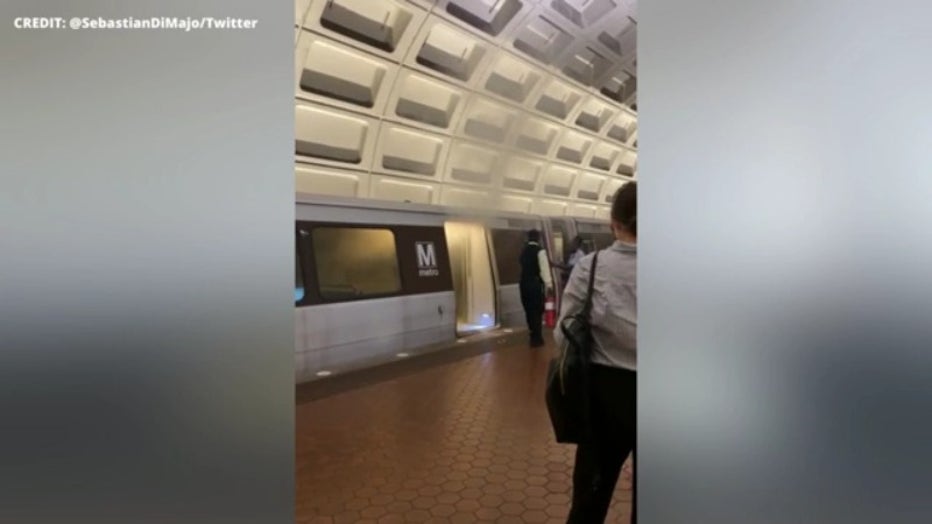