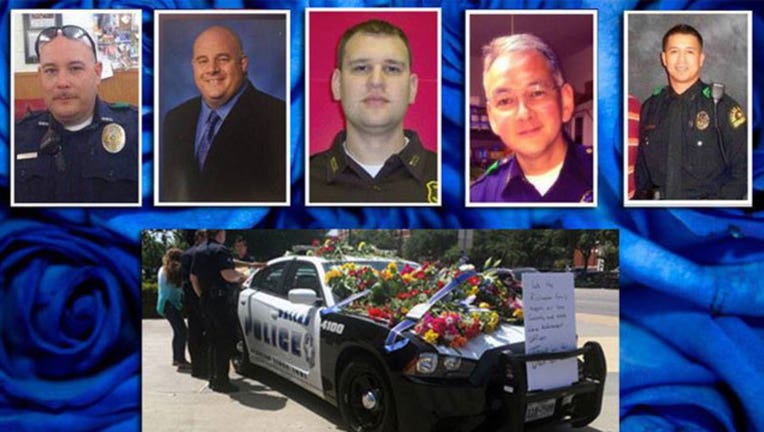 The father of one of the five police officers killed July 7 in a sniper attack in Dallas charges in a federal lawsuit that Black Lives Matter incited a "war on police" that led to his son's death.

The Fort Worth Star-Telegram reports that the Enrique Zamarripa's lawsuit was filed Monday in the Northern District of Texas and seeks $550 million in damages on behalf of his son, Dallas Police Officer Patrict Zamarripa.

"While Defendant Black Lives Matter claims to combat anti-black racism, the movement has in fact incited and committed further violence, severe bodily injury and death against police officers of all races and ethnicities, Jews, and Caucasians," the lawsuit says, according to the paper, adding that "defendant Black Lives Matter is in fact a violent and revolutionary criminal gang," the lawsuit says, according to the paper.

Patrick Zamarripa, 32, and the other officers--Brent Thompson, Michael Krol, Mike Smith and Lorne Ahrens--were killed as they guarded a march protesting recent shootings of blacks by police officers.