FAIRFAX, Va. (FOX 5 DC) - Fake parking tickets have been found by residents in Fairfax City, according to police.

The police department sent out a tweet with a photo of one of the fraudulent tickets. They say the tickets bear the city seal but are not legitimate. 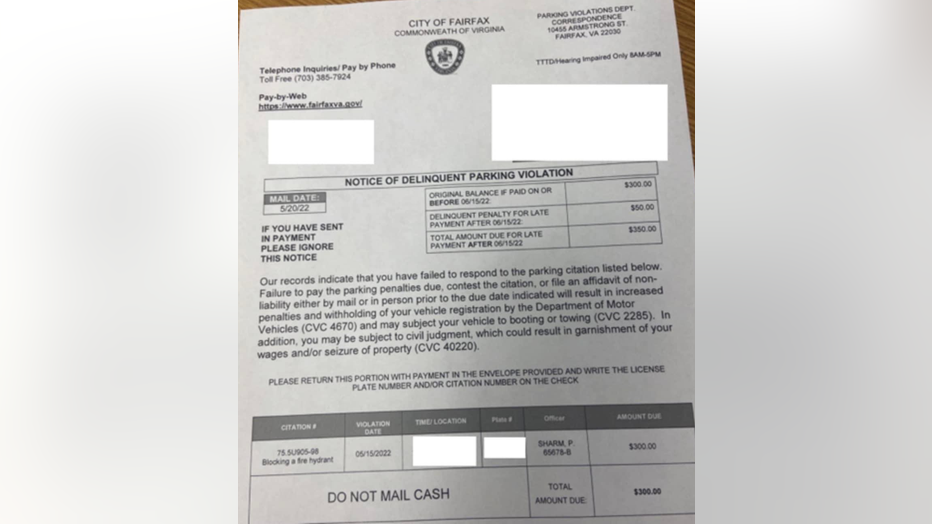 The photo tweeted by police shows a fake ticket claiming a resident owes $300.

The fake tickets were submitted over the Turo mobile app.

Police are asking those who have utilized the Turo app and received a similar or know someone who has to contact officials at Ryan.Foster@fairfaxva.gov or 703-385-7848.