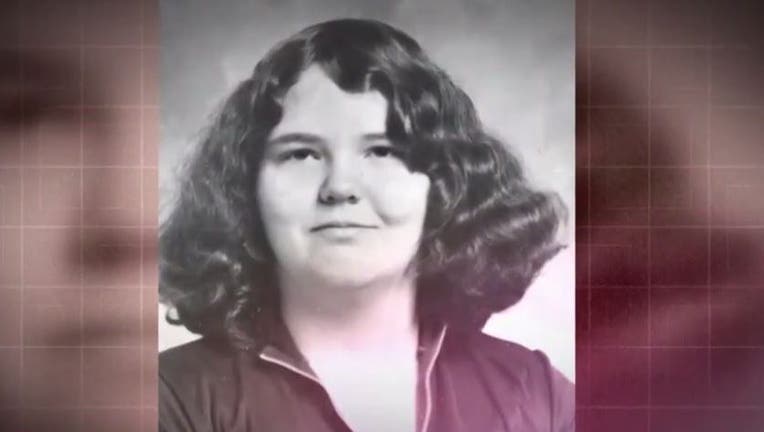 Police said they’ve determined it was James "Jimmy" Edwards who murdered 12-year-old Karen Spencer in 1972 in the Fairhaven section of the county. Edwards died in 1997.

RELATED: Rewind To The Crime: Police look for new clues in murder of 12-year-old Karen Spencer

Spencer’s body was found half-naked and beaten in Fifer's Field, an open space where young people often hung out at that time.

Police said Edwards, who was 16 at the time, was Spencer’s boyfriend.

FOX 5’s Lindsay Watts profiled the case in our Rewind to the Crime segment in June 2019. Watch that report below:

Rewind To The Crime: Karen Spencer

Karen Spencer was just 12 years old when she was brutally murdered in Fairfax County, and nearly 50 years later, the case remains unsolved.

“It really brought the case back to the attention of a lot of people that lived in that area back then,” said Fairfax Co. Det. Christopher Flanagan. “Quite frankly, some of which believed that the case was closed.“

He said investigators already had information from two of Edwards’ acquaintances who said Edwards confessed to the killing before he died. But police still felt they needed more information to definitively say Edwards was the killer.

Flanagan said FOX 5’s report spurred multiple people to come forward and connected police to a man who said he saw Edwards on the night of the murder hysterically crying with scratches on his face.

Flanagan said it’s important cold cases like this one are not forgotten.

“The person that did this to (Karen) can’t be held accountable in the court of law, but at least for Karen’s sake, we closed her case,” he said. “We can put this case to rest and hopefully Karen herself can rest.”

Investigators found a handwritten letter in the case file from an inmate named Sandy who wrote that her cellmate told her Jimmy Edwards killed a girl during an attempted sexual assault. The letter was written in 1987, and police would still like to identify and speak to Sandy, even though they are closing the case.