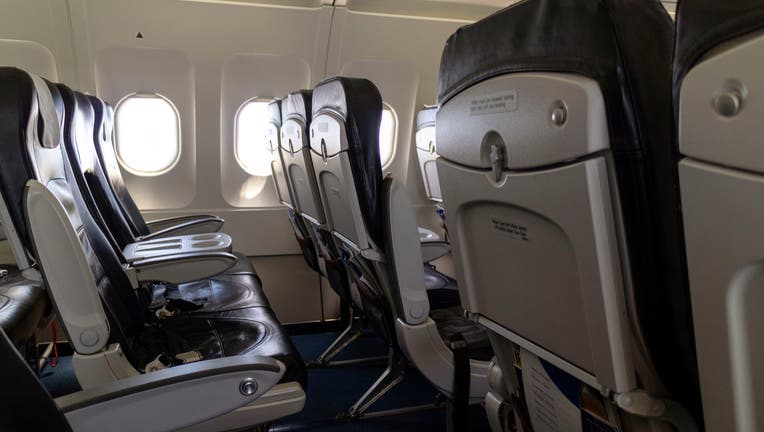 WASHINGTON - The Federal Aviation Administration is warning that unruly passengers could face a hefty fine and jail time after online videos surfaced of passengers heckling politicians in airports.

"Unruly behavior on an airplane may violate federal law. You could face jail time and fines up to $35K. Always follow crew instructions," the FAA tweeted Jan. 8.

Supporters of President Donald Trump heckled Republican U.S. Sen. Mitt Romney of Utah in an airport last week, illustrating divisions in the Republican Party between Trump loyalists and those ready to accept the results of the presidential election.

Romney has been considered Trump’s sharpest GOP critic and is among a group of senators who called for an end to an effort to overturn President-elect Joe Biden’s win. Video of the airport confrontation posted online Jan. 5 came as Trump backers around the U.S. traveled to Washington, D.C. for demonstrations as Congress met to accept the Electoral College vote.

Sen. Mitt Romney spoke of the heartbreak he experienced amid the turmoil at the Capitol Wednesday during the electoral college certification.

"Why aren’t you supporting President Trump?" asked one woman, who approached Romney while he sat in the airport waiting area using his iPad, noting that she would agree to put on a mask because she wanted to have a "chat" with him.

"I do agree with many of the things he is for, and I support those things," the Utah senator replied, in reference to the president.

Romney shrugged off the airport confrontation in comments to reporters Jan. 6, calling it "the nature of politics, unfortunately." He did not soften his own rhetoric on Trump, saying the president "disrespected the American voters, has dishonored the election system and has disgraced the office of the presidency."

Supporters of President Trump also swarmed Sen. Lindsey Graham, R-S.C., and verbally harassed him as he waited to board a Jan. 8 Friday from the Reagan National Airport in Washington, D.C.

RELATED: #DontRentDC trends as District residents brace for another insurrection

Graham was surrounded by security officials who walked him through the terminal as roughly a dozen people followed alongside the senator, calling him a "traitor" and saying, "You know it was rigged."

FAA officials also posted an article on how to be a good passenger on its website.

FOX News and the Associated Press contributed to this report. This story was reported from Los Angeles.