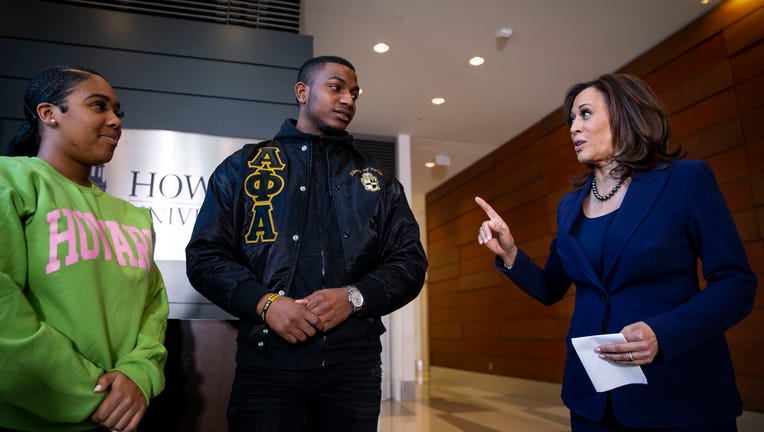 WASHINGTON - “Excited” and “not surprised” were the two main responses FOX 5 DC received after speaking with those connected to Howard University on Sunday morning.

Current and former students across the country and around campus are celebrating the news California Senator Kamala Harris be the first woman, the first Black and South Indian woman and the first HBCU graduate to hold the title of vice president elect.

In January, that title will change to Madam Vice President.

The District’s prestigious HBCU is partly closed this semester due to coronavirus.

It was a also weekend morning when many Howard staff and students are off.

Still, FOX 5 found plenty of people around the school's Northwest D.C. campus buzzing about the news – and beaming with pride.

“Which is awesome!” said Lyzette Wallace, speaking of the Bison connection. However, Wallace, a Howard Law graduate, also said, “Not at all, to me surprising, at all, because I know the history that someone from Howard would make it to the White House. That’s not surprising. That’s what we should expect.”

She also was not the only one to feel this way.

‘Excited,’ ’empowered’ and ‘not surprised:’ Howard U. community reacts to Harris’ historic moment

'Excited' and 'not surprised' were the two main responses FOX 5 DC received after&nbsp;speaking with those connected to Howard University on Sunday morning.

Nevertheless, those connected to Howard, called it “empowering” to have the 1986 Howard University graduate – and now Vice President-Elect, Kamala Harris, put this HBCU under the world spotlight.

The acronym HBCU stands for Historically Black College and University. They're institutions that opened their doors to young African Americans who were “once legally denied an education,” according to the National African American Museum of History and Culture web page dedicated to the history and significance of HBCUs.

While on her own 2020 presidential campaign trail before becoming Joe Biden’s running mate, Harris had shared how her time at Howard had a “profound impact” on her life.

The sorority has a plaque on Howard's famed Yard. 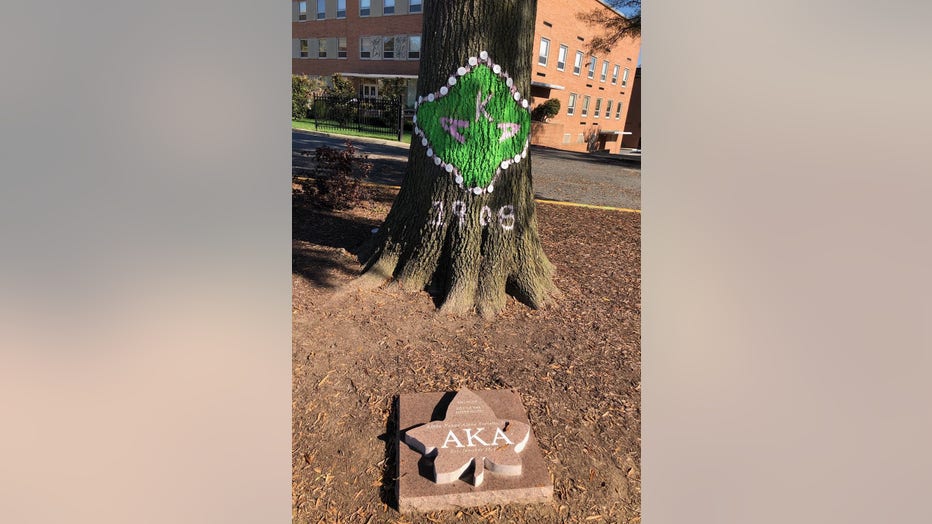 “I wanted to come and pay homage,” said Sade Reynolds of Florida, who was on a sort-of pilgrimage to The Yard on Sunday morning.

That’s the area on Howard’s campus where students, especially Greek members, gather. It’s described as a place of bonding, community and celebration.

“It’s a life-long sisterhood, so once you’re in your community, you continue to serve your community forever,” Reynolds said describing the sorority.

“It’s huge because I think it sends a great message to all the little girls out there, that this can be you,” said Wallace, of Harris’ feat.

“Look at her background to succeed, you know, to succeed, she’s a hope for many of us who come from a low, poor background,” said Dr. Goziam Attoh, a Genetics and Biology Researcher, who says he also attended Howard.

“It’s a hope or feeling the common man, the poor man, can have say. And I’m very delighted that this Democracy, you know, and the institutions are stable here in America,” added Attoh.“In our country, I’m originally from Nigeria, such a thing cannot happen. The president will just tell the army, the military, you know, to destruct everything.”

Reynolds, the visiting A.K.A. member, told FOX 5 that "we are proud and I’m sure when she gets installed on January 20th, this street will probably be painted pink and green.”