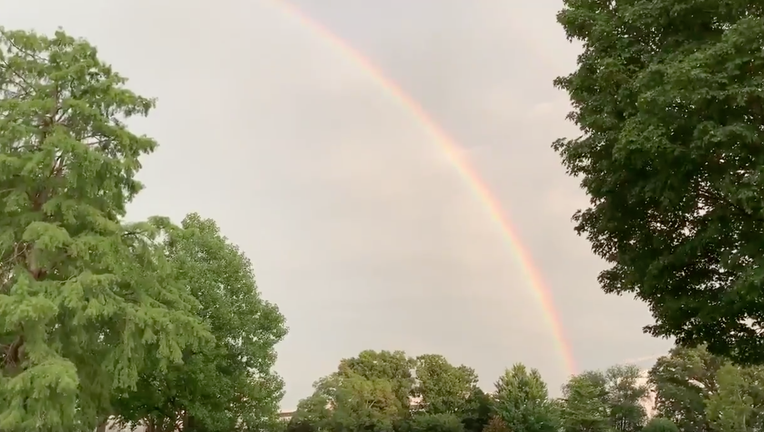 FOX 5 photojournalist Van Applegate captured a video of the beautiful rainbows and shared it on Twitter with the following caption:

"Vivid Rainbow for Rep. John Lewis on the steps of the Capitol. By the way, it didn’t rain here."

On Monday, dozens of lawmakers looked on as Lewis' flag-draped casket sat atop the catafalque built for President Abraham Lincoln.

Several wiped away tears as the late congressman's voice echoed off the marble and gilded walls.

Lewis was the first Black lawmaker to lie in state in the Rotunda.