The Humane Rescue Alliance will bring back a puppy after heading to Louisiana to help out as Hurricane Ida bore down on the coast.

NEW ORLEANS, L.a. (FOX 5 DC) - The Humane Rescue Alliance has shared photos of a dog their team helped rescue as part of their response to assist in disaster relief efforts in New Orleans following Hurricane Ida.

The  HRA’s Disaster Response Team was responding to animal control calls in Orleans Parish on Wednesday when a concerned resident flagged them down, alerting them to a dog who was trapped underneath a collapsed shed. 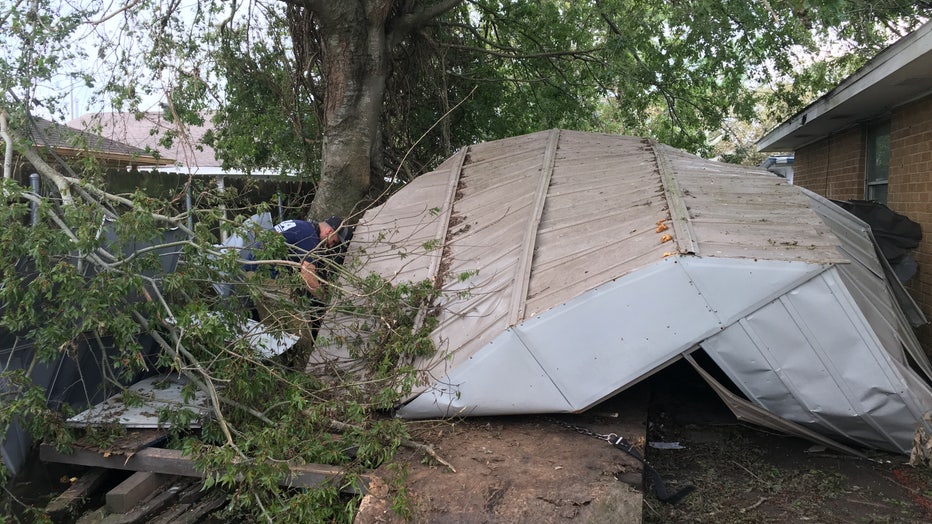 HRA and officers with the Louisiana SPCA rushed to the scene, where they found a scared dog chained inside of the shed and tangled under the debris. 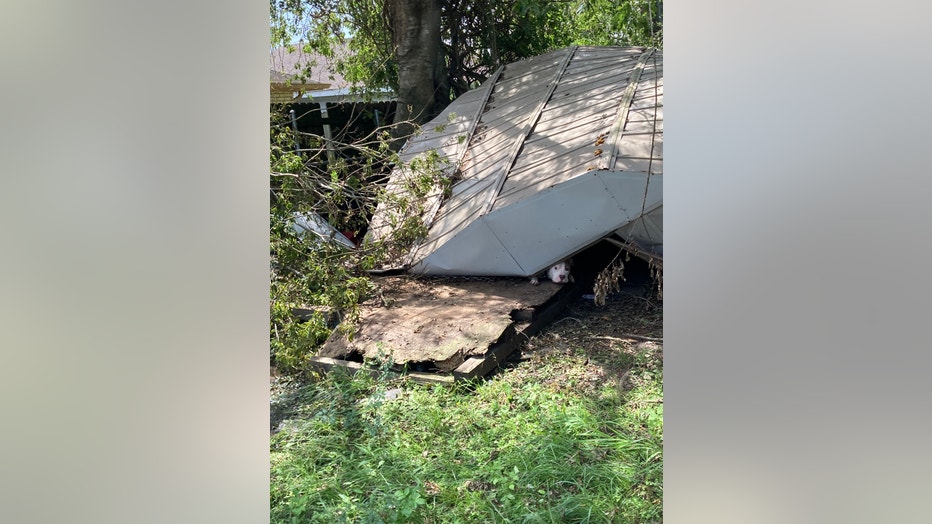 HRA says the dog had likely been stuck there in the heat with no food or water since the storm hit on Sunday.

The team lifted the shed to guide the dog out from underneath and free him from the chain.

The dog, who a young neighbor watching the rescue named Bubbles, was not injured. Once freed from the shed, Bubbles was super friendly and sweet and became almost immediately affectionate toward his rescuers. 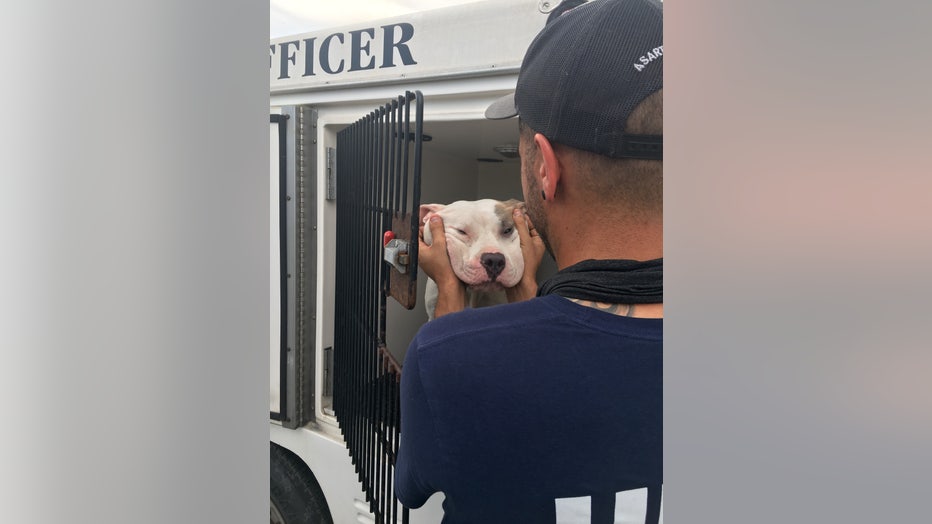 HRA transported him to safety at the Louisiana SPCA, where he could cool down while staff attempted to track down his owners.