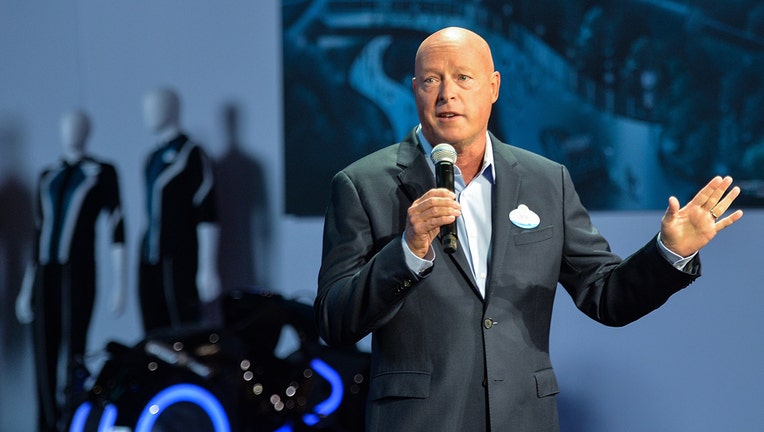 ANAHEIM, CA - AUGUST 22: Disney Chairman of Parks, Experiences and Products, Bob Chapek announces changes to Epcot and the name, Avengers Campus, as the title of the upcoming Marvel-themed land during a media preview at the D23 Expo in Anaheim, CA, o

NEW YORK (AP) - Disney CEO Bob Iger, who steered the company through successful purchases of Star Wars, Marvel and Fox's entertainment businesses and the launch of a Netflix challenger, is stepping down immediately, the company said in a surprise announcement Tuesday.

The Walt Disney Co. named as his replacement Bob Chapek, most recently chairman of Disney's parks, experiences and products business.  Iger will remain executive chairman through the end of his contract Dec. 31, 2021.

"I will continue to conduct the company's creative endeavors while also leading the board," Iger said on a conference call with reporters and analysts.

His most recent coup was orchestrating a $71 billion acquisition of Fox's entertainment assets and launching the Disney Plus streaming service in November. That service gained nearly 29 million paid subscribers in less than three months.

Iger said he wanted to focus on the creative side of the business after getting those assets and strategies in place. He said he could not do that while running Disney on a day-to-day basis.

"It was not accelerated for any particular reason other than I felt the need was now to make this change," he said. 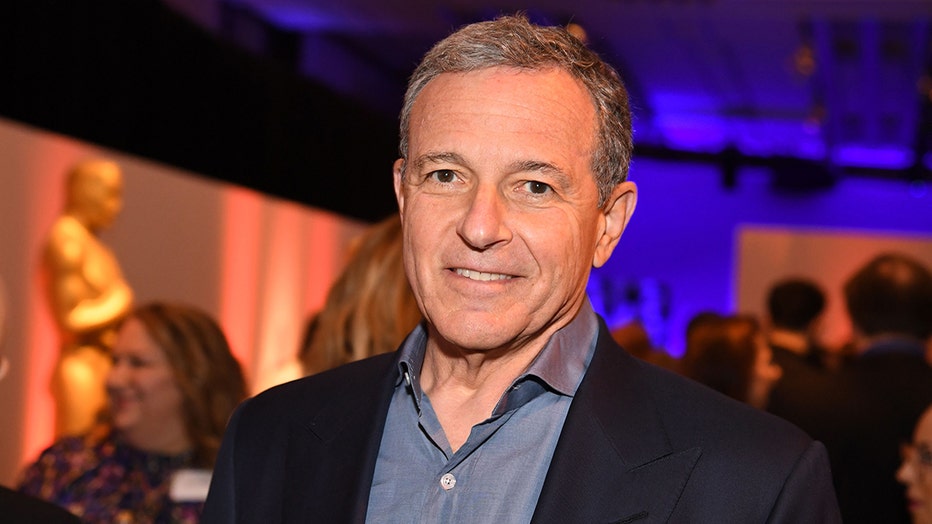 Disney CEO Robert Iger poses during the 2020 Oscars Nominees Luncheon at the Dolby theatre in Hollywood on January 27, 2020. (Photo by Robyn BECK / AFP) (Photo by ROBYN BECK/AFP via Getty Images)

Iger became chief executive of Disney in 2005 after a shareholder revolt by Roy E. Disney led to the ouster of longtime chief Michael Eisner. Iger steered Disney through successful acquisitions of Lucasfilms, Marvel, Pixar and other brands that became big moneymakers for Disney.

At ABC, Iger developed such successful programs as "Home Improvement," "The Drew Carey Show," and "America's Funniest Home Videos" and was instrumental in launching the quiz show "Who Wants to Be a Millionaire." He was also criticized for canceling well-regarded but expensive shows such as "Twin Peaks," "China Beach," and "thirtysomething."

Iger, 69, was the second-highest-paid CEO in 2018, as calculated by The Associated Press and Equilar, an executive data firm. He earned $65.6 million. The top earner was Discovery's David Zaslav who earned $129.5 million.

Susan Arnold, the independent lead director of the Disney board said succession planning had been ongoing for several years.

Chapek, 60, is only the seventh CEO in Disney history. Chapek was head of the parks, experiences and products division since it was created in 2018. He was previously head of parks and resorts and before that president of consumer products.