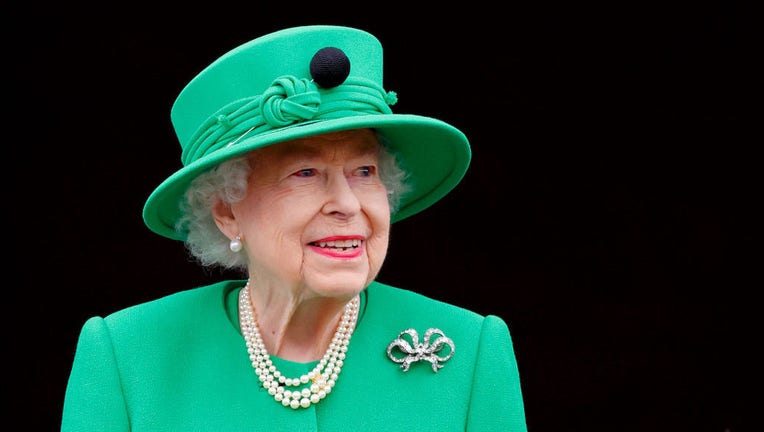 Queen Elizabeth II, the longest-reigning monarch in British history, died on Thursday at the age of 96 after spending 70 years on the throne.

Immediately after Her Majesty's passing, reaction started pouring in from all over the world, and including from officials in the D.C. region.

Here are some of the reactions that have come in so far:

The British Embassy in D.C. shared a statement saying the Embassy was "deeply saddened to learn of the passing of HM Queen Elizabeth II, and called Her Majesty an "inspiring role model for everyone across the globe."

D.C. Mayor Muriel Bowser offered her condolences to the United Kingdom and said, "Queen Elizabeth II led a remarkable life, changed the world’s perception of women in leadership, and defined the British monarchy for generations of people worldwide."

Both the governors of Maryland and Virginia also offered their reactions to the news of Queen Elizabeth's passing.

Virginia governor Glenn Youngkin highlighting the Queen's compassion toward the U.S. and her many visits to Virginia. In his statement, Youngkin wrote, "Queen's consistent tenderness for the Commonwealth and Virginians will never be forgotten."

Virginia Senator Tim Kaine, who was the Governor of Virginia during the Queen's most recent visit to the Commonwealth, released a statement writing that the Queen's "kindness and grace will be missed in the United Kingdom, in Virginia, and across the world."

"Queen Elizabeth II was beloved by millions, and I mourn with the people of the United Kingdom today. Her Majesty visited Virginia in 2007 while I was Governor, two weeks after the Virginia Tech shooting, and she grieved with us then, giving us a moment to unite around during an incredibly difficult time. Her kindness and grace will be missed in the United Kingdom, in Virginia, and across the world."

President Joe Biden and First Lady Jill Biden released a statement calling the Queen "more than a monarch," and adding that "she defined an era."

"Her Majesty Queen Elizabeth II was more than a monarch. She defined an era. In a world of constant change, she was a steadying presence and a source of comfort and pride for generations of Britons, including many who have never known their country without her. An enduring admiration for Queen Elizabeth II united people across the Commonwealth. The seven decades of her history-making reign bore witness to an age of unprecedented human advancement and the forward march of human dignity. She was the first British monarch to whom people all around the world could feel a personal and immediate connection — whether they heard her on the radio as a young princess speaking to the children of the United Kingdom, or gathered around their televisions for her coronation, or watched her final Christmas speech or her Platinum Jubilee on their phones. And she, in turn, dedicated her whole life to their service.Supported by her beloved Prince Philip for 73 years, Queen Elizabeth II led always with grace, an unwavering commitment to duty, and the incomparable power of her example. She endured the dangers and deprivations of a world war alongside the British people and rallied them during the devastation of a global pandemic to look to better days ahead. Through her dedication to her patronages and charities, she supported causes that uplifted people and expanded opportunity. By showing friendship and respect to newly independent nations around the world, she elevated the cause of liberty and fostered enduring bonds that helped strengthen the Commonwealth, which she loved so deeply, into a community to promote peace and shared values.Queen Elizabeth II was a stateswoman of unmatched dignity and constancy who deepened the bedrock Alliance between the United Kingdom and the United States. She helped make our relationship special.We first met the Queen in 1982, traveling to the UK as part of a Senate delegation. And we were honored that she extended her hospitality to us in June 2021 during our first overseas trip as President and First Lady, where she charmed us with her wit, moved us with her kindness, and generously shared with us her wisdom. All told, she met 14 American presidents. She helped Americans commemorate both the anniversary of the founding of Jamestown and the bicentennial of our independence. And she stood in solidarity with the United States during our darkest days after 9/11, when she poignantly reminded us that "Grief is the price we pay for love."In the years ahead, we look forward to continuing a close friendship with The King and The Queen Consort. Today, the thoughts and prayers of people all across the United States are with the people of the United Kingdom and the Commonwealth in their grief. We send our deepest condolences to the Royal Family, who are not only mourning their Queen, but their dear mother, grandmother, and great-grandmother. Her legacy will loom large in the pages of British history, and in the story of our world."

In a statement, Former president Donald Trump said "what a grand and beautiful lady she was—there was nobody like her!"

The former president reflected on Queen Elizabeth's time as the British monarch writing, "Queen Elizabeth's historic and remarkable reign left a tremendous legacy of peace and prosperity for Great Britain. Her leadership and enduring diplomacy secured and advanced alliances with the United States and countries around the world. However, she will always be remembered for her faithfulness to her country and her unwavering devotion to her fellow countrymen and women."

Former president Bill Clinton also released a statement praising Queen Elizabeth for her steadying presence. The former president wrote, "in sunshine or storm, she was a source of stability, serenity, and strength. We will always be grateful for the kindness she showed us through the years, particularly during our visits to Buckingham Palace in 1995 and 2000, and for all she did to deepen the Special Relationship."