Woman stands up to armed robber

A longtime Northeast D.C. woman is sharing her frightening experience after facing both praise and backlash online for fending off an armed suspect.

WASHINGTON - A longtime Northeast D.C. woman is sharing her frightening experience after facing both praise and backlash online for fending off an armed suspect.

A surveillance camera in the area caught the violent encounter on video.

In these situations, police departments always say it’s best to give up your items to avoid getting hurt or being killed.

"Shoot me," is what you can clearly hear Iris Bond Gill say, challenging a suspect who appeared masked and looks to be pointing a gun at Bond Gill from under a hoodie.

Bond Gill also yelled back at the suspect later on in the video.

The scene unfolded a little after 3:20 p.m. on Tuesday, Aug. 23rd, on 10th Street NE. That location is just a few blocks away from H Street Northeast. There’s a D.C. police camera also in the vicinity.

Bond Gill tells FOX 5, that she is not encouraging people to react the way she did. That was just her gut reaction. She says she does believe in trusting your gut.

"You know, it’s really complicated to think about now. I don’t exactly remember, but I know – I knew I was in danger. And so I just threw off my bag and just prepared to be confrontational," Bond Gill said. 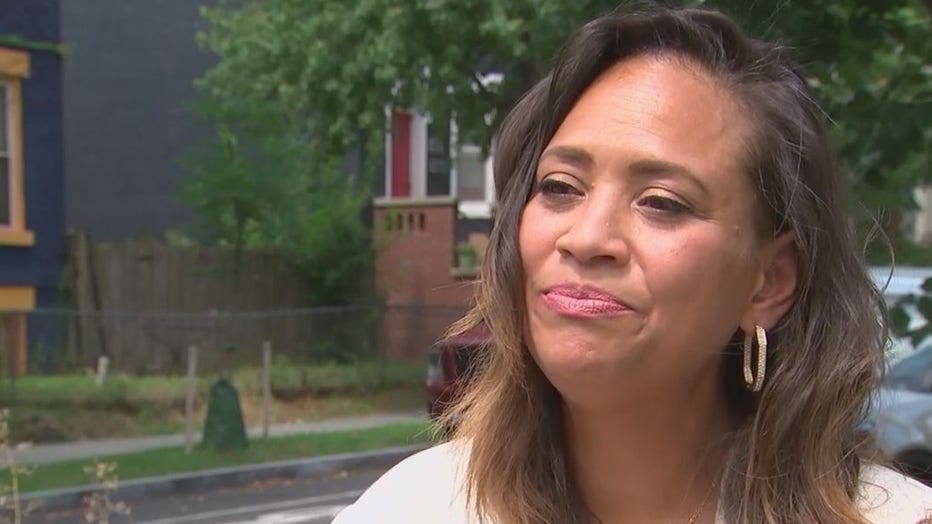 The Northeast resident says she saw this individual when she first parked her vehicle in the area.

After she got out, Bond Gill can be seen on surveillance video rummaging through her purse. That’s when the suspect approached her from behind.

In the video, she throws her items to the ground, yelling "What the f***" after screaming in fear.

She recalled the suspect calling her an expletive and also saying "I’ll shoot you," and "give me your keys." However, Bond Gill told FOX 5 that at the time, it didn’t register to her that the suspect wanted her keys for the car she had just gotten out of. She just knew she was in danger.

"I’ve seen the video and to be honest, I saw a young man in front of me. And I saw in him, I think what I’ve seen a lot of young people I’ve worked with over the years. And in some way, I think I went into almost a chastising mode with him as well," she said, explaining that she’s worked in the field of education for many years.

Unbeknownst to the family, the home surveillance video of the violent incident appears on the community website called, "Popville," and was then shared throughout the community. Bond Gill said someone had spotted the video and sent it to her husband.

FOX 5 asked Bond Gill what she hopes people will take away from this incident. "We need stronger communities. You see the suspect back away when a car comes, but no one stopped to help or was really able to intervene," she replied.

"I think there’s power in community in many ways and I think one, you know, we can advocate for more lights and more cameras and certainly community policing is a part of that and boots on the ground. But it was actually a camera in someone’s house. And it was a car that drove by, that was not driven by anyone official – but just an individual that sort of scared him off," Bond Gill added. "Gone are the days of having older neighbors that sat on the porch all day and watched and waved to you on when you got home from work. I think in some ways, trying to think about how to preserve this intergenerational neighborhood is so valuable. We’ve lost so much of that in the city with massive displacement. So, I think just having more people around that know each other and that support each other would be really helpful."

Bond Gill also said she hopes people take away the importance of situational awareness. She said the hardest part of watching that video again was seeing how distracted she was, rummaging through her bag when the suspect approached.

Bond Gill talked about the city’s crime and also mentioned frustration with the prevalence of guns.

"I think that we have a lot of crime. I think the city’s done a pretty good job of really thinking about how to provide opportunities for people, but I think more job opportunities – fewer guns on the street. You know [this] would not have been nearly a traumatic experience had it not included a gun that I saw when he backed up and came back toward me. And so the ability to get guns so easily, it has to stop. It just really has to stop," she added.

The Northeast D.C. resident of 20 years says this was a traumatic experience that is still very fresh.

D.C. police say no arrests have been made yet.