WASHINGTON (FOX 5 DC) - For a few years now, fans have gone to Audi Field in Southwest D.C. to cheer on their team, and soon, they’ll likely be able to bet on them too.

For a few years now, fans have gone to Audi Field in Southwest D.C. to cheer on their team, and soon, they’ll likely be able to bet on them too.

D.C. United and FanDuel announced an exclusive, long-term partnership Tuesday. It includes plans to open a retail sportsbook at Audi Field sometime in 2021, pending licensing and regulatory approvals from the D.C. Lottery.

The book would be open 365 days a year, regardless of whether D.C. United is playing or not, and it’ll also include a restaurant and bar, according to David VanEgmond, CEO of Bettor Capital and a former FanDuel executive, who served as an adviser to D.C. United on the deal. 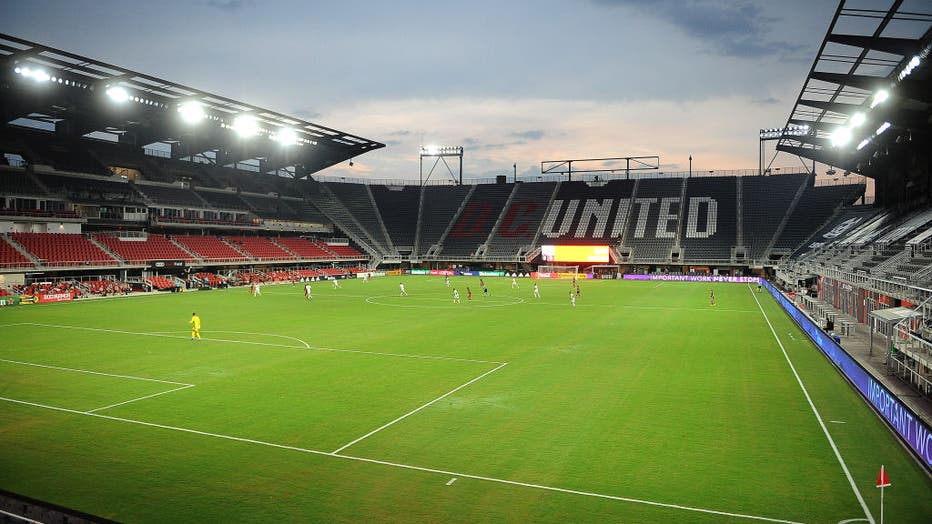 “We hope this will be the go-to destination for sports fans, whether it’s on an NFL Sunday, a college football Saturday, a D.C. United match day – any big sporting event fans can come watch at the sports book at D.C. U,” VanEgmond told Fox 5.

The new sportsbook will have competition. In D.C. there’s already a book at Capital One Arena in Northwest, and the D.C. Lottery launched a sports betting app as well. Not to mention, sports betting is currently on the ballot in Maryland and is set to come to Virginia early next year too.

Terms of the D.C. United agreement weren’t announced, although Sportico reported and VanEgmond confirmed that the team will receive an annual fee plus a percentage of what’s wagered at the Audi Field location.