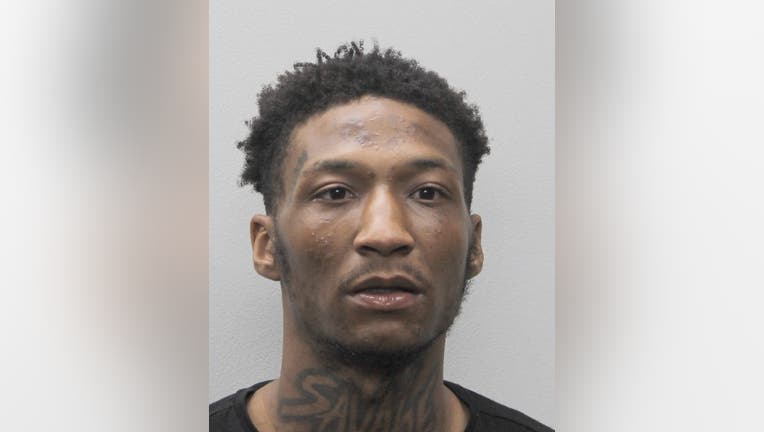 FAIRFAX COUNTY, Va. - The man suspected of firing gunshots that led to the chaos in Tysons Corner Mall on Saturday has turned himself in to authorities, according to police.

Noah Settles recorded himself on Instagram entering the Fairfax County Adult Detention Center on Wednesday evening. Police say he is currently being held there.

He was wanted by Fairfax County Police in connection to Saturday's shooting where no one was hit directly, but three people were injured as they were escaping the gunfire.

Police discuss the Tysons Corner Mall shooting after Noah Settles, a D.C. rapper also known as No Savage, turned himself in.

Investigators say Settles is a well-known rapper known as No Savage across the DMV with more than 50,000 subscribers on YouTube and over 33,000 on Instagram.

At a news conference Thursday, Fairfax Police Chief Kevin Davis gave additional details about what happened in the moments before the shooting.

Davis says Settles and a group he was with had a physical and verbal altercation with another group inside the mall.

That ended and both sides separated, Davis said, then Settles returned and fired three shots.

"Before the gunplay, there was a gap. Some verbal, physical pushing and shoving. We believe the display of a firearm. Then there was a gap in time of several minutes, when Noah Settles re-emerged in that photograph, put it back up, and then fired three rounds," Davis said.

A surveillance image released by Fairfax Police shows the moment they say Settles fired the shots.

A video circulating the Internet shows some of what led up to shots being fired Saturday afternoon.

In the video, a man records Settles while taunting him and calling him names.

"Do something," Settles responds.

The man continues to laugh as Settles becomes more angry, telling him and another person, "Get out this mall before I crush your (expletive)."

The video ends with Settles walking away from the pair.

Police said an additional video, also shared on social media, shows Settles pulling a gun on two men during a scuffle with another group on the second floor of Tysons Corner Mall. Police said multiple shots were fired.

We're told the music artist then fled in a black Cadillac with D.C. tags.

A popular D.C. rapper is wanted in connection to Saturday's shooting inside Tysons Corner Mall.

Fairfax County Police Chief Kevin Davis promised the public that the department would find Settles and hold him accountable.

"That's going to happen in short order," Davis said during a news conference on Monday.

Investigators said while no one was shot, three people were injured fleeing the mall.

One nearby shopper said she was in fear for her life.

"I’m running because I think they’re going to kill me," said Linda, who opted not to give her last name.

Another woman described a mall employee who crouched on the ground and held an exit door open for people rushing out.

Settles sent a message to fans, writing to his 33,000 Instagram followers: "I love y’all forgive me for letting y’all down." Police say they are aware of the post.

Fox 5 reached out to his attorney Thursday, but we have not heard back.